The Zeonizers harnessed the power of the legendary Zeo Crystal to transform five heroes into the Power Rangers Zeo. The Zeonizers materialized on the wrists of the user and activated by drawing power from the Zeo Crystal. The left and right pictures illustrate the Zeonizers. The Zeonizers are also the very first wrist-mounted Morphers. Other such Morphers would be utilized from here on in following seasons.

Zeonizers were interlocking, wrist-modunted devices that harnessed the energy of the Zeo Crystal and empowered the Zeo Zords. The Zeonizers were created for the former Mighty Morphin Rangers by Zordon to replace their Power Morphers.

These devices were the first wrist-worn Morphers and utilized the Zeo sub-crystals in a similar manner to the Power Coins.

During Turbo: A Power Rangers Movie, the Zeonizers appeared one last time when Kat was morphing to soften the impact of following off a cliff and into a river. They were abandoned in favor of the Turbo powers to allow them a better chance of following after Divatox to rescue Lerigot, and to fight off Maligore.

Tommy Oliver would later use his Zeonizer again in Forever Red to fight the remnants of the Machine Empire. The other four core Zeo Rangers would later use their Zeonizers as part of the Legendary Rangers, led by Tommy as the Green Mighty Morphin Power Ranger, helping the Mega Rangers defeat the Armada once and for all.

The Rangers to morph by proclaiming "It's Morphin' Time!”, followed by the teens connecting the devices and calling out the phrases listed below. In A Zeo Beginning Part 2, the Rangers temporarily uses a main transformation call "Power Ranger! Zeo!” while connecting the devices during their first transformation. The Ranger numbers' represent the number of items on each Ranger's helmet visor. The Rangers visor shapes correspond to their numbers. 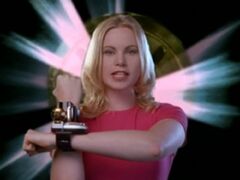 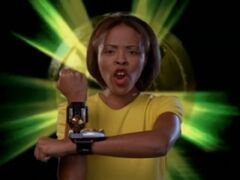 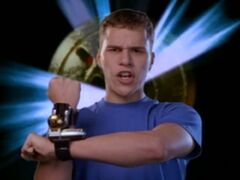 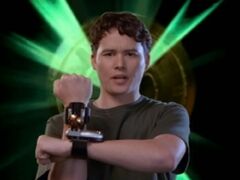 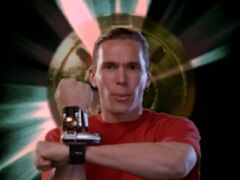