"(Prisoner's Name) You're under arrest for breaking the laws of time!"
―TimePink's pre-battle catchphrase[src]

Yuri (ユウリ, Yūri) is TimePink (タイムピンク, Taimu Pinku), leader of the Timerangers. The female protagonist, she is a 21 year old (32 as of the Great Legend War) officer of the Intercity Police from the 30th century.

Since the police were aware of Don Dolnero's plan, she posed as a TPD cadet to stop him. She really want to arrest Dolnero for sending Hitman Mad Blast who killed her family; her investigator father and her mother, and her 5-year-old sister Mei at 10 years ago. She practically leads the Timerangers.

She is initially cold towards Tatsuya Asami, but eventually warms up to him. Yuri works as a detective at Tomorrow Research.

At Case File 47: The End of The Don, She tries to protect Dolnero from Gien attempting to kill him, but unfortunately she finds him almost dead. Although she tell Dolnero about her family, Dolnero died saying he didn't remember anything about them. she cried with anger and hugged by Tatsuya.

In the series finale, she confesses to Tatsuya that she loves him, but they could not be together due to the large gap in between their timelines, and thus she returned to her own time and found that due to the time change in the 30th century her family was still alive. However, she abandons that future and resisted Ryuga and saved the present with Ayase, Domon, and Sion.

A copy of TimePink was part of a Copy Timeranger team that fought the Timerangers in a pocket dimension.

TimePink is among the Sentai warriors seen in clips when Miku Imamura (MegaPink) lectured Sae Taiga (GaoWhite) about the past female Super Sentai warriors and their shared mastery of disguise and habit of changing their clothing in the blink of an eye, something that Sae had never done before.

Years later, Yuri fought alongside not only her own team, but every single Sentai ranger in existence, against the Empire of Zangyack when it attacked the Earth in the Great Legend War. After fighting against hundreds of Gormin and their Sugormin commanders. AkaRanger noticed the fleet moving towards them, he gathered all the Rangers together and gave them the order to sacrifice their powers to wipe out the first invasion's armada. The TimePink powers are later used by Ahim de Famille via the Ranger Keys.

After the Zangyack's final defeat, Marvelous returned the Ranger Keys to their original owners. It is assumed Yuri and her team have their powers once again, and will resume their duties as Timeranger. But it is unknown how the four main Keys made it to the year 3000.

Yuri, alongside her team (bar TimeFire), among the majority of the Super Sentai heroes, was caught up in the "Super Hero Taisen" incident which eventually resulted in the Super Sentai teams and Kamen Riders joining forces to defeat both Dai-Zangyack and Dai-Shocker. During the final battle, she is seen fighting Cockroach Dopant with GingaYellow, and later fighting Long and a Destron Shocker Combatman with HurricaneBlue.

TimePink appeared with her team among the first 38 Super Sentai whom collectively empowered Wild Tousai Shuriken King in its fight against the titanic Gillmarda, granting the Ninningers and Zyuohgers the power to perform the Zyuoh Ninnin Super Sentai Burst which destroyed Gillmarda with the combined power of all 40 Super Sentai.

Yuri joined the Super Sentai Strongest Battle as a member of Police Team. It’s unknown whether she participated in any of the matches, but her team lost the competition either in the first round against the Water Warrior Team offscreen or won against them and lost in the second round against Super Strong Team offscreen. 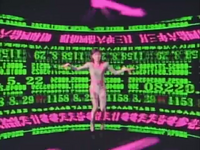 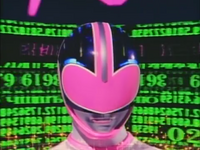 The TimePink Ranger Key (タイムピンクレンジャーキー, Taimu Pinku Renjā Kī) is Yuri's personal Ranger Key and what became of her powers after she along with the rest of the 34 Super Sentai sacrificed their powers to end the Great Legend War.

This key along with the majority of the Ranger Keys were collected by the Red Pirates and later used by the Gokaigers. The TimePink Ranger Key was mainly used by Ahim de Famille (Gokai Pink), who used it to fight as TimePink.

The Timeranger keys, along with all the Ranger Keys of the first 33 Super Sentai, were briefly taken by the Black Cross King and turned into Ranger puppets that were fought by the Gokaigers and the Goseigers. Splitting up, the puppet TimePink was defeated as part of a group of surviving Pink and White warrior keys by Gokai Red and Super Gosei Red.

After Zangyack were finally defeated, the Gokaigers gave the Ranger Keys back to their rightful owners. Yuri received her key and became TimePink once more.

TimePink is among the vast pantheon of Rangers which are available in the mobile game Super Sentai Battle Base.

TimePink appears with his team among all Sentai in the mobile game Super Sentai Legend Wars.