65 million years ago, Wizeru and the Druidon Tribe went to war with the Ryusoul Tribe for dominance over the Earth. Their plan of conquest was interrupted by an approaching meteorite, forcing the entire Druidon Tribe to leave the Earth and drift into space as the meteor struck the Earth and wiped out the dinosaurs. Ep. 1: Que Boom!! Ryusoulger

Wizeru is the brains of the Druidon Army. He has an enormous ego and loves the spotlight, to the point anyone who he feels has more attention or rips him off drives him angry. In spite of his eccentricities, he's very calculating, manipulative, and dangerous, yet can also be respectful towards a challenge. He is also backstabbing, hypocrytical, a cheater, sore loser and mainly focuses on unfair play, with some of his approaches often seen as cowardly. Unlike Tankjoh or Gachireus, Wizeru's methods mainly focus around attention and psychological torture, while the other two focuses on physical pain. 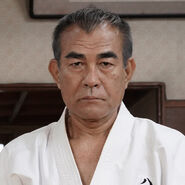 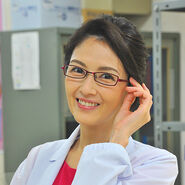 Kyoko Taniguchi (37)
Add a photo to this gallery

Retrieved from "https://powerrangers.fandom.com/wiki/Wiserue?oldid=850922"
Community content is available under CC-BY-SA unless otherwise noted.