Force from the Future (2)

Wes was the child of Mr. Collins, a local industry overlord of the fictional town of Silver Hills. Mr. Collins is presumably a widower or divorced, as Wes's mother was never seen or referenced during the series. Mr. Collins wanted Wes to grow up to inherit the family business from him, but his grooming served only to alienate Wes. Despite being sent to highly prestigious schools and universities (where he first met Eric Myers), Wes was never very disciplined and maintained an easygoing attitude to life as a spoiled brat in general.

Despite this, Wes displayed some notability, such as being loyal to Eric, whom he considered a good friend, even going as far as to not go to a party only he was invited to if Eric wasn't invited even though Eric was never really a friend to Wes, more of an acquaintance. Despite this, Wes continued for years to try to be a genuine friend to Eric to no avail until their time as Rangers and a lecture from Wes made Eric realize despite their different backgrounds, their success in their ability to change their destiny was one thing they have in common and they were both Power Rangers and the only hope for the year 2001 against Ransik.

When Ransik and the Time Force Rangers arrived from the future, Wes saved Jen Scotts (the Pink Time Force Ranger and team leader) from an attack by Cyclobots, revealing to her that he was genetically identical to the Red Ranger in the future, Alex. Jen gave Wes the Red Chrono Morpher so that he could activate it and, at the same time, allow her and the other three Time Force officers to morph into Power Rangers. He refused to do so without an explanation, at which point Jen angrily left. He followed and activated the morpher, becoming the Red Time Force Ranger. Jen did not want Wes to keep the morpher, but when he revealed his commitment (and along with urging from the other Rangers), she reluctantly accepted his continued role on the team.

Wes also allowed the Rangers to acclimate to the 21st century, by providing them with a place to stay (an abandoned clock tower), and present-day clothes. He eventually moved in with them after a disagreement with his father in which his father refused to pay a ransom demand to free a busload of children (despite being wealthy enough to easily do so.)

With the Rangers, Wes developed a certain discipline that his father could never give him. He also developed romantic feelings for Jen - he more than likely had them initially, but it took a long while for her to reciprocate. She finally confirmed how she felt for him when Alex, the Red Ranger from the future and Jen's fiance, arrived in the present and took the Red Ranger powers back, and reminded them all for becoming too carefree. At the same time, Wes's father was critically injured by Ransik and Wes, without Ranger responsibilities, went to take over the business. He changed his mind when one of Mr. Collins' associates revealed that Mr. Collins had been proud of Wes for making his own destiny. Wes (with the backing of Jen and the other Rangers) retrieved his Chrono Morpher and became the Red Ranger again returning in time to destroy the robot Dragontron with an incredible move. The Rangers by this point had come to accept him as an equal member of the team despite his lack of training, as they followed his plan without question (and it was something no one had ever seen before but they trusted he knew what he was doing) unlike how they always questioned Alex. This also proved his worth as the true Red Ranger as under Alex the Rangers were barely able to fight Dragontron. Wes's actions gained Alex's respect and changed his mind a bit, with him saying that Wes taught that the future can be changed. Alex also saved Wes's father's life and the two reconciled with Mr. Collins accepting Wes being a Ranger rather than head of the company and supporting his decisions. Wes later gained the Red Battle Fire Armor and Strata Cycle to do battle, with Alex sending the latter to Wes himself so he could protect Jen (who they both cared about deeply for) as Alex wasn't able to be there to protect her.

When Ransik's final assault was at hand, Wes trapped Jen and the other rangers in their time ship and sent them back to the future. Unfortunately, when his teammates returned to the year 3000 they discovered that in the battle with Ransik, Wes would die, leading them to demand that Alex send them back to the year 2001, without wiping their memories. Initially reluctant, he agreed when Jen returned his ring and used the Megazord to speed to Wes's aid. Wes, with the aid of Eric, battled the Cyclobot army, being forced to destroy the clock tower along the way, but after being reunited with his father, Eric was badly injured by a Cyclobot, leaving Wes alone to fight the army, though Eric gave him the

Quantum Morpher to give him an edge. Outnumbered, Wes faced certain doom, but the Rangers arrived in the Megazord, temporarily knocked Doomtron out of the fight and joined Wes. With the help of the other Rangers (and with Wes wielding the Quantum Defender), the Cyclobot army was destroyed. Wes then worked on destroying Doomtron, using the Quantum Defender to neutralize the Q-Rex's power crystal. Wes then took command of the Q-Rex and used it to destroy Doomtron and Frax. Wes and the other Rangers battled Ransik who was too powerful for them with only Wes landing a major blow with his Red Battle Fire Armor. Ultimately, Ransik surrendered to the team.

When Ransik was finally apprehended, Jen returned to her own time, leaving Wes in the year 2001. They admitted their feelings for each other but Jen still had to leave. Wes still possessed the Red Chrono Morpher, and became the new leader of his father's police organization, the Silver Gurdians, with Eric, the Quantum Ranger, being second-in-command and Wes's partner, but only agreed to do so if the Silver Guardians became a non-profit organizaiton.

Wes and Eric have become best friends during their duty as Silver Guardians, Wes reunited again with Jen, Ransik, Nadira and the other Time Force Rangers, to destroy the Mut-Orgs with the help of the Wild Force Rangers. Sometime after Wes and Eric were called by Tommy Oliver to team up with the previous Red Rangers to fight against the remnants of the Machine Empire, during which he jokingly bemoaned the fact that he, unlike Tommy Oliver, lacked his own 'fan club' even though he had changed the course of history.

The Time Force Rangers were featured in a chronicle of Power Ranger history compiled by Tommy Oliver shortly after he formed the Dino Rangers, which was found by the nascent Ranger team in the Dino Lab.

Years later, Wes returned to fight alongside not only his team, but every single Ranger in existence against an army of X Borgs and Bruisers. He is seen fighting alongside the S.P.D. Rangers in battle.

Wes is a now a guardian of the 3 dimensions along with Koda and Gemma, they decide to visit the Ninja Steel Rangers to guide them in their current fight.

In their next encounter they reveal to them and ask for their help to rescue the kidnapped Rangers by Lord Draven, Katherine Hillard, T.J. Johnson, Trent Fernandez-Mercer, Antonio Garcia, and Rocky DeSantos in his dimension. Lord Draven used them to make robotic clones of each Ranger. They were soon rescued by Wes, Gemma, Koda, Tommy Oliver and the Ninja Steel Rangers. Wes joins the final fight with the Ninja Steel Rangers and the Veteran Rangers using his Chrono Morpher and Blaster. After the battle, Wes returns back to his dimension with the rest of the Rangers.

For Christmas that year, he gifts the Ninja Steel Rangers a Transportal device (via hologram message).

When events set into motion by Lord Drakkon caused the timeline to split into pocket universe, each anchored on a powerset, the Time Force Rangers were split off into their own pocket universe. The Rangers encounter a disturbance in space and time in their Megazord. He ensures Jen Scotts survives their encounter with the time disturbance but was never seen escaping from the Time Force Megazord when it exploded. Still, it is unclear if he died in the blast or not.

When the timeline was restored, so was Wes.

Wes is among the many Rangers who feature in Power Rangers Legacy Wars,he is a Rare (Leader), Rare (Assist) character,and represents Time Force Rangers with Jen and Eric.

Wes came from a rich family and as a result he was very naive, easygoing and had the characteristics of a spoiled brat, despite this, he was still a generally nice and friendly person even before becoming a Ranger, as proven when he wanted to be friends with Eric Myers, who wanted nothing to do with him due to where Wes came from, but Wes always tried to be friends with Eric even after they both became Rangers.

Though Wes was generally a good person, his main problem was that he wasn't very disciplined despite studying in highly prestigious schools and universities, he also never really fought for anything big in his life due to coming from a wealthy family. This changed when he became the Red Time Force Ranger, there he learned the importance of fighting for what's right and acquired a huge sense of responsibility, to the point where he was willing to die while fighting a Cyclobot army. By the end of the series, Wes already became an ideal Ranger, he developed a relationship with Jen and finally became a true friend to Eric Myers.

The Battle Warrior Armor is used by Wesley Collins (Red Time Force Ranger) to turn him into the Red Battle Warrior,the Time Force Rangers came face to face with a black knight who wanted to open a sealed box that held a power known as the Battle Fire. However, only one "pure of heart" could open it, so, when Wes managed to obtain the box from the dragon guarding it, he received the Battlizer armour and used it to destroy the Black Knight,the desing of this Battlizer has Medieval golden torso armor, greaves, gauntlets, helmet and Fire-designed wings.

The Time Force Red Ranger Key is Wes’s personal Ranger Key. This key along with the majority of the Core Ranger Keys are seen lining the Command Center's interior walls. This key is mainly used by Troy Burrows (Super Megaforce Red) who uses it to fight as the Red Time Force Ranger. Although it has not been used yet, it has been seen in the toyline. 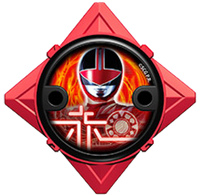 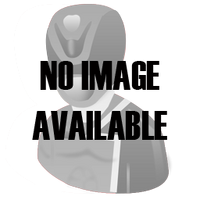 The Red Time Force Ranger suit was slightly modified for a scene in Power Rangers S.P.D.. As a result, some fans consider Wes, or a relation to Wes, to be the father of Blue Ranger Sky Tate. However, it has been confirmed that this was nothing more than a re-use of old props and suits.