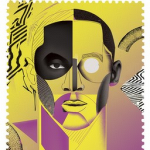 Journey to the Power

"It's loggin' in to my account time!" - Regular Guy

Regular Guy was a wikia user who spent time on the FusionFall Wiki. He liked it their for awhile and had many friends. He was sorta a rebel, and wanted to do things his way. He was well-known among the community, and was soon asked to become an admin. But, soon something happened, something that would change his Wiki life.

When Rita Repulsa had been released and her intention was to take over Earth, Regular Guy was chosen to by Zordon to defend Earth as through the Power Rangers/Super Sentai Wiki. At first, Regular Guy passed the idea of becoming a ranger, but after he sees that Rita will stop at nothing to control our planet, he vows to protect the plane... the universe from the forces of evil as a Wiki Ranger.

During his time as a ranger, Regular Guy hopes to gain new allies of all sort, and recruit new Rangers to protect the world. His journey will be long and dangerous, but he has the power to guide and protect him.

1 of 9
Add photo
Retrieved from "https://powerrangers.fandom.com/wiki/User:Regular_Guy?oldid=379739"
Community content is available under CC-BY-SA unless otherwise noted.