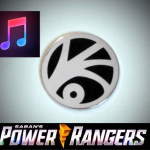 Hi Guys! My name is Sean and I got into Power Rangers in 2014 when Dino Charge was airing on Pop. I then found ranger wiki but only recently joined. I immediately fell in love with Heckyl and he Is my favourite Dino Super Charge Character (I still wish he became the talon ranger, though!). After Dino Charge & Dino SuperCharge, I started watching Megaforce and Vrak became my favourite character. I love his voice and appearance. Prince Vekar is also one of my fave villains because of his personality. I love Ninja Steel And Super Ninja Steel, especially Odius. She is so awesome. I recently got into Samurai and have watched that. Serrator is my favourite villain because of his schemes, plans, and I just love his menace and his voice.

Retrieved from "https://powerrangers.fandom.com/wiki/User:JCSH24?oldid=679304"
Community content is available under CC-BY-SA unless otherwise noted.