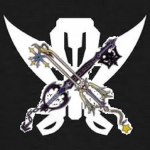 Among my projects that I wish to bring to life one day is "Marvel VS Super Sentai", which would later evolve into an expansion called "Marvel VS Toei Tokuverse".

Retrieved from "https://powerrangers.fandom.com/wiki/User:GokaiWhite?oldid=851772"
Community content is available under CC-BY-SA unless otherwise noted.