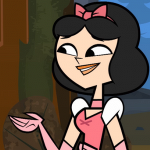 Mashin Sentai Kiramager vs. Super Sentai, the 30th anniversary special, saw the appearance of a new hero AkaRed, the embodiment of the Red Warrior spirit, lead a team composed of five veterans from the four previous series along with the Sixth Ranger of the current series. This is the first veteran team to have two Rangers from the same series; Tsubasa Ozu (MagiYellow) and Hikaru (MagiShine) of Mahou Sentai Magiranger. The others were Tekkan Aira (DekaBreak) of Tokusou Sentai Dekaranger, Asuka (AbareBlack) of Bakuryuu Sentai Abaranger and Nanami Nono (HurricaneBlue) of Ninpuu Sentai Hurricaneger.

AkaRed, the representation of the Red Warriors of the 30 Super Sentai, first appeared watching over Time Demon God Chronos and High Priest Gajah as they plotted to defeat the Boukengers. Afterwards, the Boukenger, excluding BoukenSilver, were summoned to battle some Karths. After their battle, they saw Gajah and Chronos, with Chronos sending the Boukengers to a different dimension. Eiji was alerted of the situation, but before he could set out to rescue the other Boukengers, AkaRed, who described himself as the embodiment of the fighting spirit of all Red Rangers, met him and gave him the Super Sentai Address Book, which listed information on every Super Sentai member. He opened it to find Tsubasa Ozu, Miku Imamura and Fuuka Igasaki, a.k.a. MagiYellow, MegaPink and ShiroNinger from Mahou Sentai Magiranger, Denji Sentai Megaranger and Shuriken Sentai Ninninger.

Eiji tried to talk to Tsubasa during his boxing match, but ended up getting ejected from the side of the ring since he was interfering with his match. Next, Tekkan Aira, a.k.a. DekaBreak from Tokusou Sentai Dekaranger, is undercover trying to negotiate with Alienizers when Eiji interrupted. Eiji tried to acknowledge Tetsu's background as Deka Break, but Tetsu beaten him up and sent him out the window to maintain his cover. Elsewhere, at the Duel Bond site, Chronos shown a time device, a reverse flowing hourglass, to Gajah, which when augmented to a Godom Engine enable him to revive one of the Three Sorcerers, past Super Sentai villains whose magic caused the greatest harm to the Earth. Chronos would set another up at the Matrix ruins with Gajah remaining to welcome the second Sorcerer while Chronos installed the final device at the countryside. In Chronos' time prison, the Boukengers found out they were blocked of their technology and they met up with Hikaru, a.k.a. MagiShine, also from Mahou Sentai Magiranger.

Eiji then received a call through his GoGo Changer from Asuka, a.k.a. AbareBlack from Bakuryuu Sentai Abaranger, all the way from Dino Earth while taking care of his daughter. He told Eiji that AkaRed contacted him, but the connection to Earth is weak since the power of the dimension door is weak as well. Even contacting him was hard through the GoGo Changer. He loses connection to Eiji after a few minutes. While Chronos set up his time devices, Hikaru talked to the Boukengers about Chronos and the Boukengers were introduced to Smokey, although at first mistaking him as precious. Eiji then tries to meet Nanami Nono, a.k.a. HurricaneBlue from Ninpuu Sentai Hurricaneger, before her rehearsal, but was blocked by security and many fans. In a desperate attempt to catch Nanami's attention, Eiji shouted out "HurricaneBlue," which Nanami is surprised by.

Chronos was then successful in summoning Meemy, from Mahou Sentai Magiranger, who met up with Chronos. In frustration, Eiji threw out the Super Sentai Address Book and decided to battle Meemy and Chronos on his own. After Eiji was overpowered, he was rescued by HurricaneBlue, AbareBlack, DekaBreak and MagiYellow. However, the various Super Sentai warriors repeatedly got in each other's way and Meemy and Chronos were able to escape. In the time prison, Akashi reveals that he has Zubaan with him. Tsuetsue from Hyakujuu Sentai Gaoranger was then revived and welcomed by Gajah.

At SGS, Eiji received a message from Akashi concerning Chronos. The Super Sentai warriors then promised to help Eiji rescue the rest of the Boukengers and meet AkaRed while the time prison holding the Boukengers and Hikaru was slowly disappearing. Chronos and the other villains found the last hourglass tipped over, with the final Sorcerer missing, when they were attacked by the Super Sentai warriors. As the time prison started to disintegrate, Sakura analyzed and concluded that the clock with root-like designs in the wall was the key to their escape. The Boukengers and Hikaru then utilize the Magi Lamp Buster's Smoky Shining Attack, accompanied by Zubaan, on the clock in the wall. Although this did not damage the clock at all, it caused another root-like clock in the real world to appear. AkaRed ordered the other warriors to destroy the clock while he took care of the villains, transforming into MagiRed and GaoRed respectively, and frightening both Meemy and TsueTsue in the process; for both respective villains, MagiRed and GaoRed were their worst enemies. As AkaRed fought off the villains, the others succeeded in freeing the Boukengers and MagiShine from the alternate dimension.

The Super Sentai warriors and the villains faced off, with the Sentai warriors getting the upper hand until Furabiijo from Ninpuu Sentai Hurricanger interfered after "taking a walk". But with all three Sorcerers present and accounted, Chronos fused them all into the Staff of the Three Philosophers, his intended goal from the start. With the power of the staff, Chronos enabled himself to grow to gigantic proportions with new golden armor. The Boukengers countered with Ultimate Daibouken and SirenBuilder, but Chronos proved too powerful for both the mecha and were defeated. In a last-ditch effort, the Boukengers summoned DaiVoyager, which was almost defeated by Chronos as well. Aka Red, sensing the danger, came back into the action, becoming a vessel to power up DaiVoyager using the Spirits given by the remaining Super Sentai warriors, enabling DaiVoyager to access its Burning Legend Form. Burning Legend DaiVoyager went on to defeat Chronos with the special attack, 30 Super Sentai Soul (an energy attack powered by the Super Sentai warriors of the past), and sent the released sorcerers back into the afterlife. After their victory, the Boukengers and the other Super Sentai warriors returned to the SGS headquarters, and then parted ways. The Boukengers, however, would not have time to relax, as they received another call from Mr. Voice concerning another Negative Syndicate on the move. AkaRed then watched over the Earth in outer space, going into a deep sleep until he was needed again.

ToQ 5gou
Kagura Izumi
Add a photo to this gallery

Retrieved from "https://powerrangers.fandom.com/wiki/User:CandaceFTW_EvilCandaceFTL?oldid=886716"
Community content is available under CC-BY-SA unless otherwise noted.