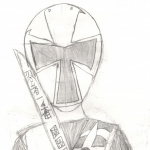 There is one person I'd like to address in this message. Good sir User:Nbajammer, that is you.

You may have noticed that my profile picture has changed from the previous stock image of AkaNinger to a hand-drawn image. I have also previously stated that I've been on several wikis, and although I'm not sure if I did, I do believe I've at least mentioned that this isn't my main account.

My art style may have changed, but... my main account is none other than User:Ultimate Legend Star Kirby12, the scrub who thought he could change someone's opinion by going on a talk page on a sister wiki of this place and ranting or something. I will soon log on to my main account and confirm this.

I do not ask for forgiveness as my behavior was honestly unacceptable and mainly started because I thought the rules set in stone were ridiculous. But who am I to determine that? I don't run the place, the administration does. I should've at least reached the ranks before trying such a thing.

Once again, I know I was unreasonable and thus I do not ask for forgiveness. I do not ask for an unblock on that wiki, either- in fact, I specifically ask that you not unblock me, as 1. an unblock on a wiki I don't edit on is pointless, and 2. that rules out the possibility that this entire message is reverse psychology.

I might not want words, either, because I might take it the wrong way like last time, back when I didn't know that catalogs or the Sentai websites existed. All I wish for is a sign that you have read this, and I will be at peace with this wiki. Perhaps a patrol mark, or a signature, or simply something that confirms that my message has been delivered.

Thank you for your time.

Signing out for the last time,

You're not blocked. It was just one week, expired three months ago.

Retrieved from "https://powerrangers.fandom.com/wiki/User:AkaNinger?oldid=728811"
Community content is available under CC-BY-SA unless otherwise noted.