The Temple of Power is a place of purity and great power in the Desert of Despair. Ninja Quest It is where Ninjor had created the original Power Coins. Here Ninjor brandishes new powers for those who are deemed worthy. It is here where the Mighty Morphin Power Rangers find him and they ask for help. In the inner sanctum of the temple, Ninjor shows them the mighty Ninjazords and grants them their new powers as well.

The temple was a legend, unconfirmed even to Zordon and Alpha 5, as though they had found a map along with the Power Coins, its location was never found.

The Rangers' appearance at the temple also prompted the sole attempted attack to it, by Tenga Warriors. However the Ninja Power granted by Ninjor allowed the Rangers to defend the temple.

Ninjor prefers to stay inside a bottle at the temple's altar when he is not moving around. 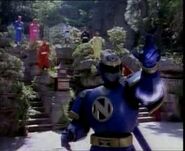 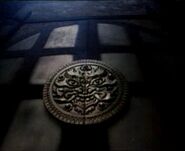 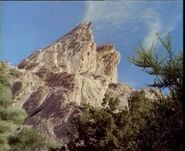 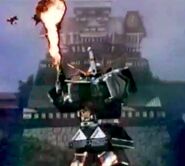 The building behind the Shogun Megazord could be the Temple of Power.
Add a photo to this gallery

Retrieved from "https://powerrangers.fandom.com/wiki/Temple_of_Power?oldid=599031"
Community content is available under CC-BY-SA unless otherwise noted.