Sydney "Syd" Drew is an S.P.D. Cadet who began her Ranger activities as the S.P.D. Pink Ranger.

"OK, I'm filthy, cranky, and my new shoes are trashed. Do you really wanna mess with me?"
―Syd[src]

Sydney came from a rich family and although being spoiled shows, she was the heart of the team. She took pride in her looks and accomplishments as a model, singer, and fencer; but her appearance could fool anyone, as she could hold her own as the S.P.D. Pink Ranger. Syd started off shallow and was quick to think about herself and her appearance. When Z first moved into her room, she was not happy at all. She is one of the three original S.P.D. B-Squad Rangers, along with Sky and Bridge.

On her birthday, all she cared about was herself; Jack Landors, the Red Ranger, saw this and forced her to do a scouting job on her birthday. She was very angry at this until she realized Jack didn't even have a birthday. She later held a party for both herself and Jack and allowed him to share her birthday along with hers.

Sydney, or "Syd" as she was later nicknamed, was the daughter of one of the five scientists exposed to unusual radiation which changed all of them. Her unusual ability was "Fist of Iron" (she carried a pocket-size iron nugget in her uniform belt), but her true ability was altering her molecular structure, transforming it into whatever element she touches.

As time went on, Sydney learned the value of friendship and was always there for her team. When R.I.C. was ready for the scrap heap, she defended his worth and recruited Bridge and Boom to repair and upgrade him. She came through during S.W.A.T. training on Zantour and against A-Squad. By the end, she taught all of her teammates how to be better Rangers, just as much as they did to her.

Syd returned with her fellow S.P.D. Rangers returned as part of the army of Legendary Rangers that helped the Mega Rangers defeat the Armada once and for all, fighting in a huge battle against hundreds of X Borgs and dozens of Bruisers. She returns to her own time.

COMIC STORY- Mighty Morphin Power Rangers 2018 Annual Lord Drakkon then attacked them. She fends off an attack by Lord Drakkon, alongside the B-Squad and C-Squad, despite being depowered by the Black Dragon Cannon.

When the timeline was restored, so was Syd.

Syd along with the other SPD Rangers as well are among all the Ranger teams which appear in the Korean-developed mobile game Power Rangers Dash. 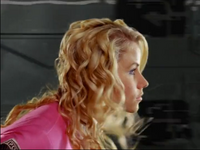 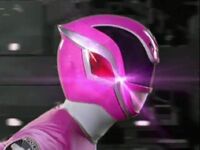 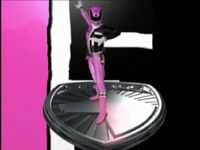