She is Kruger's assistant from the Planet Cigno. She's the one who provides the Dekarangers with their arsenal, and constantly amazes the others with her amazing intellect.

Swan can transform into DekaSwan. Although she says it is her policy to only do it once every four years, in Episode 49, she attempts to transform again when a Batsuroid breaks into her command center. It has been suggested that Doggie and Swan may be "more than just friends", but they both would hastily deny it.

Her surname, Shiratori, can also be read hakuchō, meaning swan. Her number is either 7, (which is represented by the geometrical figure of a heptagon instead of a number), or 99, (the heptagon vaguely resembles the character for "white" (白, shiro), which is one stroke short of "100" (百, hyaku)).

Swan fought in the Great Legend War, along with the first 34 Super Sentai teams. She, along with everyone else, sacrificed their powers to destroy the Zangyack armada.

TV STORY-Gokaiger Goseiger Super Sentai 199 Hero Great Battle DekaSwan's Ranger Key, along with those of the 9 other Extra Heroes, ended up in the hands of Basco ta Jolokia.

After the defeat of Ackdos Gill, Captain Marvelous returned all the Ranger Keys to the former Sentai heroes. It is assumed Swan received her key, allowing for her to utilize her powers once again.

Swan Shiratori appears when Umeko is under treatment and the mask is analyzed by Swan, Sen blames Gavan for leaving Umeko behind to chase after vengeance. They also discover that Gavan forged his request for their assistance and he is sent to prison on Planet Bird. While investigating Lars' office, Hoji and Sen discover that Lars and Mad Gallant are the same person, while Benikiba storms the Dekarangers' HQ and extracts Lars, returning the mask to him, which he uses to transform into Mad Gallant

DekaSwan is among the vast pantheon of Rangers which are available in the mobile game Super Sentai Battle Base. 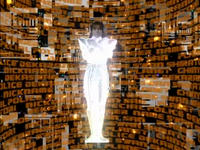 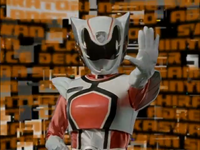 The DekaSwan Ranger Key (デカスワンレンジャーキー, Deka Suwan Renjā Kī) is Swan's personal Ranger Key and what became of her powers after she along with the rest of the 34 Super Sentai sacrificed their powers to end the Great Legend War.

This key, along with the other nine extra hero keys and the fifteen sixth ranger keys, were initally acquired by Basco ta Jolokia and later used by the Gokaigers. Like all of his Ranger Keys, Basco used his trumpet, the Rapparatta, to turn the DekaSwan key into a puppet to do his bidding. Basco united his nine remaining Ranger Keys, the Black Knight key being taken by the Gokaigers before hand, when he was confronted by Goro Hoshino (OhRed†). The Extra Heroes would then fight the Gokaigers again, who wished to take the Ohrangers' greater power rather than just be given it. DekaSwan and DekaMaster fought Captain Marvelous (Gokai Red), who fought as OhRed. The Extra Heroes were taken down by the Olé Bazooka. DekaSwan's key, along with the rest of the Extra Heroes was claimed by the Gokaigers.

While in the possession of the Gokaigers, the DekaSwan Ranger Key was used twice by Ahim de Famille (Gokai Pink).

After Zangyack were finally defeated, the Gokaigers gave the Ranger Keys back to their rightful owners. It is presumed that Swan received her key and became DekaSwan once more.

Basco united his 9 remaining keys against the Gokaigers when they searched for the Ohrangers ultimate power.the copy of Dekaswan is defeated by Gokai Red.

In the Korean dub of Dekaranger entitled Power Rangers S.P.D., which aired in South Korea, while his Ranger designation is S.P. Swan.