A mecha in the form of a bird. Kabuto Origami forms the feather tips, beak, and the right-wing, Kajiki Origami forms the left-wing and the tail and Tora Origami forms the body and head ornament of Daitenku. DaiTenku's final attack is the DaiTenku Great Attack (ダイテンクウ大激突, Daitenkū Daigekitotsu), where the combination projects the three disc of the three Origami in front of it, before charging through them crashing into the enemy. It can shoot a red beam from it's head piece and can fire blue energy bullets from the Kabuto and the Kajiki Origami.

Illustration of the Daitennku creature that the Origami's are supposed to resemble.

Unlike ShinkenOh's component Origami, the Kabuto, Kajiki, and Tora don't shrink or grow to giant size, or fold up into emblems. They are summoned by using their respective Discs in the Shinkenmaru. However, their Secret Disks are exposed and form part of their design.

Kabuto Origami (兜折神, Kabuto Folding God)) is a support Origami summoned from the Kabuto Disc when used with Shinkenmaru. It is in the shape of an orange Hercules beetle as opposed to a Kabutomushi, its namesake. Kabuto Origami, when its disc spins, can spin its head along like a drill. Using this with its opening horn, it can trip foes. When it opens its horn, it fire an orange energy beam from its hinge. The Kabuto Origami forms the right wing, head, neck and feather tips of DaiTenku.

The original user of the Kabuto Origami was Takeru Shiba. When the team decided to form DaiTenku, he assigned it to Mako Shiraishi. However, on Chiaki's improvement in the use of wordplay, she passed the Disk to him, giving him control of the Kabuto Origami. During the battle with Tsubotoguro, Mako utilized this Origami once again. 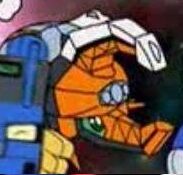 Kajiki Origami (舵木折神, Kajiki Origami, Swordfish Folding God): An azure-colored support Origami summoned from the Kajiki Disk, the Kajiki Origami uses its bill as a sword, as well as using the missiles on its underbelly for ranged attacks. Ryunosuke Ikenami finds this Secret Disk by fishing using a reel with a Secret Disk labeled with the kanji for "to catch" (捕, toraeru) and use it to seal the Kajiki Origami into it after reeling the wild Origami in. During the battle with Tsubotoguro, Kotoha uses this Origami.

Tora Origami (虎折神, Tora Origami, Tiger Folding God) is a white tiger-themed Origami. In the previous war with the Gedoshu, the Tora Origami somehow ended up on the banks of the Sanzu River. It came under the control of the Ayakashi Hitomidama, who used it to attack the city. Takeru Shiba, using the Shishi Origami, broke the spell and bound the Tora Origami with a Secret Disk originally marked with the kanji for "reverse" (反, han). It forms the main body of DaiTenku.

Each of the components for DaiTenku can combine with ShinkenOh.

The combination of Samurai Gattai ShinkenOh and Kabuto Origami. It can fire the Kabuto Hou, a flurry of cyan and orange laser beams from the visible barrels in its helmet. And can fire flames from it's body.

Its finisher is the Kabuto Daikaiten Hou (, Great Revolving Cannon), where the Gattai kneels, the helmet closes up, then it spins rapidly, gathering light orange energy as it does. Once finished, it fires a great orange fireball at the foe, decimating him/her.

The combination of Samurai Gattai ShinkenOh and Kajiki Origami. In this form, Kajiki-Shinkenoh can convert the Daishinken to Naginata Mode and can fire the Kajiki Gyorai attack, where it fires two missiles behind it's back. Can shoot a stream of water from it's body.

It's finisher is the Kajiki Ittō Ryōdan (Marlin Single Sweep), where it places the Daishinken on top of it's helmet, then do a downward slash attack by bowing it's head.

The combination of Samurai Gattai ShinkenOh and Kajiki Origami. In this form, it can deliver powerful ramming attacks and can withstand many attacks.

It's finisher is the Tora Doriru Totsugeki (Tiger Drill Charge), where it charges through the opponent with all four drills spinning.