Shaped like prehistoric animal heads, the RyuSouls can butterfly open from Soul Mode to Knight Mode, where the neck base forms a shield as the crest forms either an arm wielding a weapon or an exaggerated specialized arm. The stronger Kyo/RyuSouls increase the armor's coverage to the chest and the other arm not wielding the weapon that activates it, while the shield is replaced with the head/heads of the KishiKyoRyu/Kishiryu on one or both shoulders. Forming a Mecha head, a RyuSoul in Knight Mode turns around to reveal the Mecha head, which subsequently has the top half of the head in Soul Mode as a form of antenna. This is only seen with the Kyo/RyuSouls with known KishiKyoRyu/Kishiryu, as they otherwise have a facsimile of a knight's faceguard. The legendary RyuSouls have heads based on those from past sentai Giant Robos. The Max RyuSoul is the main exception to knight mode, as it folds from the Ryusoulger emblem into a crest resembling a dinosaur's face.

Personal RyuSouls are created when a living Kishiryu entrusts itself to a chosen member of the RyuSoul Tribe, either directly given

TV STORY-Ep. 11: The Quiz King of Flames or by looking for Amber RyuSouls

TV STORY-Battle3: A Secret Revealed if their personal Kishiryu was currently sealed at that moment. Common RyuSouls of Kishiryu that are considered extinct are mined

These RyuSouls are used by the Ryusoulgers to unlock their powers and forms.

These RyuSouls are used by the Ryusoulgers to unlock special arm-mounted armaments. 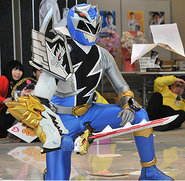 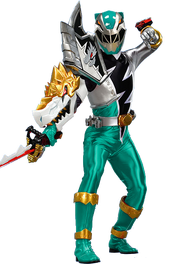 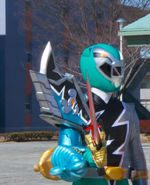 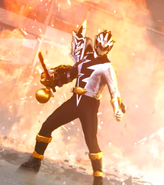 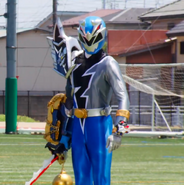 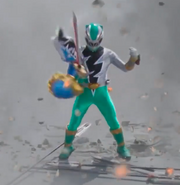 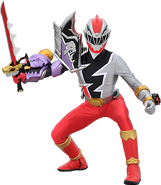 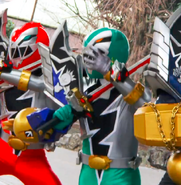 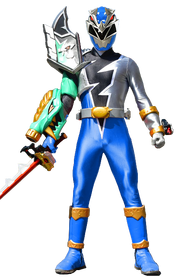 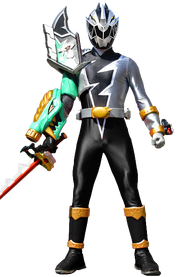 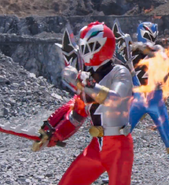 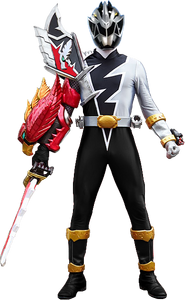 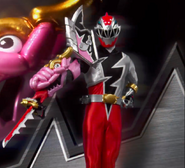 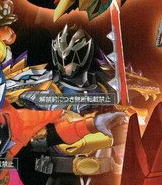 These RyuSouls are based on the mecha, specifically those belonging to the Red heroes, of the Ryusoulgers' preceding Super Sentai teams. They give the Ryusoulgers abilities according to the teams each RyuSoul is based on (i.e. the LupinrangerSoul transforms Ryusoul Red into Lupin Red).

These RyuSouls are special toy-exclusive variants of the Ryusoulgers main RyuSouls. These Souls are identical to the transformation RyuSouls, the only difference being the "shield" design of the Souls' Knight Mode.

These RyuSouls are exclusive to the Ryusoulger toyline but are more uniquely designed in comparison to the Transformation variants, with some being redecos of the Red RyuSoul.

These are RyuSouls that do not fit any of the preceding categories.

These are RyuSouls that have sounds programmed into the DX Ryusoul Changer and DX Ryusoul Ken, but have no confirmation regarding their presence in the show, and exist here for completion's sake.[20][21][22][23][24][25][26]

The toyline version of the RyuSouls have a spring-loaded mechanism to switch them from Soul Mode to Knight Mode, This particular feature was previously used in both the One-Click Ranger Key Set and the Super Megaforce Legendary Ranger Key toyline. The toyline features RyuSouls based on the red ranger's mecha from previous series, similar to the Ressha from Ressha Sentai ToQger.