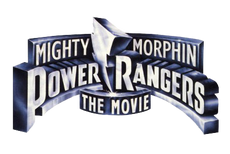 Q: "What is the difference between the 'Zordon' and 'Post-Zordon' eras?"

A: The original "Power Rangers" saga is a continuous story that extends from "Day of the Dumpster", the original episode of "Mighty Morphin' Power Rangers" through "Countdown to Destruction", the final two-part story of "Power Rangers in Space", the sixth season. It is known as the "Zordon Era" due to the mentor of the original Power Rangers team being a consistent factor and mentor to all Rangers of this period in some form or another. At the end of "Countdown to Destruction", Andros, the Red Space Ranger, shatters Zordon's energy tube, killing the malevolent being and eliminating all enemies and threats active at this time, completing a saga that lasted six years. All events after this period is commonly referred in the fan-base as the "Post-Zordon" era, with all heroes from "Power Rangers Lost Galaxy" onwards not having his assistance in the fight against evil. With "Lost Galaxy" having some connections to the characters and events of previous seasons, it is considered part of this period by some fans, leading to many consider the "Post-Zordon" era to begin with the seasons after this, concentrating on seasons holding self-contained stories.

Q: "Why do some Sentai series have a connection to Shotaro Ishinomori and others do not?"

A: While Ishinomori is considered the father of the Super Sentai franchise, he was only connected to the first two seasons of the franchise: the original Himitsu Sentai Gorenger and follow-up J.A.K.Q. Dengekitai. Due to J.A.K.Q.'s failure with Japanese audiences, the franchise ended with the completion of this series and a cross-over movie featuring these two teams. When Sentai revived over a year after the movie, it was without Ishinomori involved, leading to many reports stating the franchise starting only with the first post-Ishinomori series, Battle Fever J. However in 1995, in honor of the franchise's 20th anniversary, both Gorenger and J.A.K.Q. were reintegrated within the franchise and acknowledged as the first two series. However while most Sentai series do not acknowledge him within their credits, those that have an acknowledgement of his series tend to have him associated as the creator, particularly in franchises where factors of Gorenger or J.A.K.Q. appear. (such as in Gokaiger, where the leaders of these two teams lead an entire Sentai army)

Q: "Was Marvel Comics seriously the reason why Sentai exists to this day?"

A: In a way, yes. Not too long after the end of J.A.K.Q., Toei, the production company behind Sentai, entered a multi-year deal with American comic book company Marvel for the usage of their characters in Japanese properties. One of the first to come from this was a tokusatsu adaptation of Spider-Man, which reimagined the hero for Japanese audiences as well as giving him a giant robot known as Leopardon. When this series proved successful, Marvel decided to push a Japanese rendition of Captain America as the next project; but Toei instead decided to make it a team of international heroes with Japan as the leader and, like Spider-Man, an arsenal that included a giant robot. Battle Fever J proved to be a huge success, so much so that when Marvel tried to divert Toei to making another hero show, Toei decided it would be easier to go with a tested, popular formula. The two would make two more Sentai series, Denshi Sentai Denziman and Taiyo Sentai Sun Vulcan before parting ways, with a formula that proved powerful and popular enough to continue onwards to this day. Outside an attempt in the early 1980s by Marvel to attempt to create a Sentai dub to air on cable television, they have not been connected to Sentai since.

A.: Due to the success of Power Rangers in the United States, Saban commissioned Toei for the creation of new footage using the costumes of Kyoryu Sentai Zyuranger but with new monsters (generally animal or plant-based instead of based on fairy tale or mythological beings like Zyuranger had) and characterizations closer to the Power Ranger versions instead of the Zyuranger counterparts. Likewise, the footage included both the return and death of DragonRanger (the original Green Ranger) due to the popularity of his character. The footage was to be used for another full "season" of Zyuranger, but Saban ultimately decided to switch in the second season to the mecha for the season after this, Gosei Sentai Dairanger while keeping the Zyuranger costumes for the Power Rangers. Due to this, the human-sized fights remain the Zyu2 footage, but the mech fights end up being spliced footage where Zyu2 monsters would end up fighting the Thunder Megazord (Dairen'oh) alongside the DragonZord. Once the Zyu2 footage was completely used, the monster footage switched to the Dairanger footage and the original Sentai footage was fully used for giant fights once again.

Retrieved from "https://powerrangers.fandom.com/wiki/RangerWiki:ParentPage?oldid=747073"
Community content is available under CC-BY-SA unless otherwise noted.