The Praetor was a self-exiled Morphin Master who lead the Crimson Raiders, he seeks a powerful source of energy called the Solarix to obtain "vortex energy". He serves as the main antagonist of the Beyond the Grid story arc.

As one of the Morphin Masters, the Praetor was one of the most powerful psychic beings in the history of the multiverse, being capable of shaping and using the Morphin Grid in almost any conceivable way.

The Morphin Masters had once achieved a pyrrhic victory against a villain who utilized a single Zeo Crystal for unparalleled devastation. Terrified of its potentially malicious use, they afterwards traced the lone Crystal's source to a universe's planet made entirely of Zeo Crystals. After enormous deliberation, they accepted to sever that universe from the Grid, and therefore from the rest of the multiverse, condemning it to a quick and lonely death, while working on a way to pacify the Crystals.

This Morphin Master volunteered to enter the universe, initiating and preserving its severance labeled as "the Void", and remain there until its probable demise. He took with him a team of Rangers seeking to preserve its righteousness until it hopefully could be rejoined with every other reality in existence.

However, time and the Void's denizens' desperation on their inescapable and unjust fate eventually took a toll on the Master's psyche. In stark contrast to his Rangers, he lost hope and came to view the Void's denizens as ungrateful and unworthy of his self-sacrifice. He became the Praetor, nihilistic to the point of homicide, killing off his Rangers in what he considered to be an act of mercy and making sure the "unworthy" Void would remain cut off until its eventual demise.

After the Promethea strands in the Void, its crew of Rangers is cut off from the Grid while energy and supplies -and hope- dwindle fast. They eventually make contact with an oblivious Solar Ranger who inexplicably restores their abilities with her Solarix crystal and end up cooperating for their mutual survival against the looming Praetor. They finally uncover the truth about the Void, the Praetor, the Solarix and the Solar Ranger all while under their enemy's continuous watch and are about to succeed in reconnecting the Void with the Grid and consequently with the Morphin Masters and the multiverse.

The Praetor realizes that his isolation would not make him a martyr, his sacrifice could not be used as an excuse for his murderous actions and his legacy will be disillusioned as one of base murder instead of saving by merciful death, should the Rangers succeed and resolves to stop at nothing in order to bring them down. 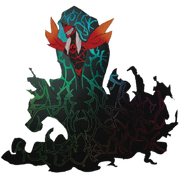 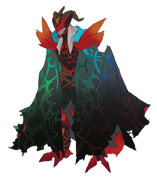 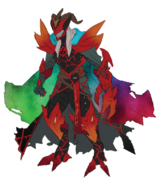