It hosted a crossover with Beetleborgs Metallix

, another show produced by Haim Saban.

Divatox (enemy of the Rangers) and Nukus (enemy of the Beetleborgs) decided to team up, creating shapeshifting monsters that they could use to make the teams think they’re fighting each other, leading to the two groups of teens fighting for real. Of course, once the heroes figured out the truth, they worked together to take on the monsters. 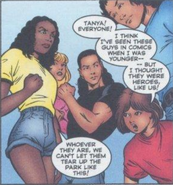 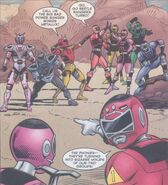 Retrieved from "https://powerrangers.fandom.com/wiki/Power_Rangers_Turbo_vs._Beetleborgs_Metallix?oldid=774288"
Community content is available under CC-BY-SA unless otherwise noted.