Power Rangers Megaforce is a side-scrolling video game for the Nintendo 3DS . It was released on November 30, 2013 and officially released cards can be utilized within the game.

In this new chapter of the popular Power Rangers video game series, fans play as their favorite Megaforce Ranger while the supporting Power Rangers provide their boundless advice and encouragement to players as they battle their way through challenge after challenge.

Additionally, using the 3DS camera, players can take a photo of themselves to see it interactively transform to their favorite Megaforce Ranger. 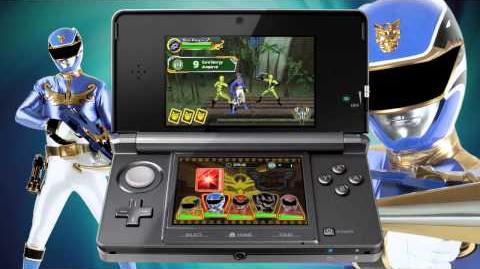 The game was meet with generally negative reviews.