PlayStation 2, Microsoft Windows, Wii, GameCube, Nintendo DS
[[Category:Video Games by Handheld Games
Behaviour Interactive]] Power Rangers: Super Legends is a videogame released in 2007 to celebrate the 15th anniversary of Power Rangers. It was released for the Playstation 2 and PC, and a different version was released for the Nintendo DS. The game is neatly designed narratively not to directly contradict any element of Power Rangers history and in the stories, as time heals, any memory of the encounters disappear from the minds of the Rangers in play in both versions.

The Future Omega Ranger discovers that Lord Zedd has reverted to his evil form. Zedd has discovered the Time Crystals that allow him to travel through time and form alliances with Rangers' foes of several different eras. The Omega Ranger is confined to the Hall of Legends, the repository of all Power Ranger history, and must enlist the help of other Power Rangers to defeat Zedd and save the universe.

Gluto raids a laboratory and when Time Force is unable to apprehend him the original Omega Ranger travels through time with a special Omega Crystal to help capture the villain. However, Gluto shatters the crystal. The Guardian transports him to the Hall of Legends and tells him a collection of villains led by Emperor Gruumm is attempting to invade all of time by finding the keys hidden in different eras of Ranger history. 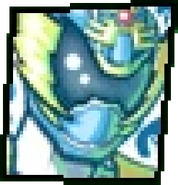 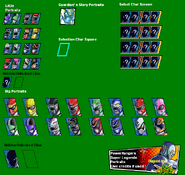 The game received mixed reviews from critics and fans, with the Nintendo DS version receiving more negative reviews. IGN rated the DS version as 4 noting that the graphics are consistently bad. The console versions received better fan response praising the attention to continuity and almost spot-on voice acting for some Rangers. However, the lack of playable Rangers was still a negative point.

Retrieved from "https://powerrangers.fandom.com/wiki/Power_Rangers:_Super_Legends?oldid=1039149"
Community content is available under CC-BY-SA unless otherwise noted.