"Those are your Power Morphers. When in danger, raise them to the sky calling the name of your dinosaur and you will morph into a formidable fighting force known to one and all as the POWER RANGERS!"
―Zordon describing the Power Morphers.[src]

"Zordon said these Power Morphers would give us power. Let's do it!"
―Jason Lee Scott[src]

"Anybody know what time it is? It's Morphin' Time!"
―Brody and the Legendary Rangers[src]

The Power Rangers use these Morphers to change into their costumed forms, initiating an instantaneous transformation or metamorphosis. A Morpher gives a Ranger access to their costume along with enhanced strength, speed and durability to fight monsters. Rita Repulsa gave Tommy his in "Green with Evil Part I", while the original team got theirs from Zordon in "Day of the Dumpster".

The Power Morphers were given to the original Mighty Morphin Power Rangers by Zordon. They each contained a Power Coin (purportedly created by Ninjor) embossed with an image of each Ranger’s dinosaur/other prehistoric beast. The Power Morphers resembled metallic belt buckles and were worn as such by the Rangers in their morphed form. In their day-to-day lives, the teens’ generally wore them discreetly on the backs of their belts or carried them separately to avoid suspicion. The Morphers themselves were created by Zordon in order to access the power of the coins. After receiving the Ninja Coins from Ninjor He created new ones for the Rangers based on the same design as Zordon's.

The ultimate fate of most of the Power Morphers and Power Coins is unclear. The Dino Coins evidently remained intact, despite being ruined in battle against Rito Revolto, whilst the Ninja Coins were turned to dust. The original Mighty Morphin Rangers’ suits, complete with Morphers and Coins, were later put on display in the Power Chamber, but these may have been facsimiles. In either case, former Mighty Morphin Rangers were shown to have access to their powers on at least 3 occasions afterwards.

When Tommy became the Green Ranger he used a gold-colored variant of the Power Morpher with his Dragon Coin which was created by Rita. After Tommy passed his power coin to Jason, the latter's silver morpher would temporarily change to gold whenever he donned the Green Ranger's equipment.

Later, as the White Ranger, he used the same design and color Morpher with the Tiger Coin and subsequently the same color and design created by Ninjor for use with the Ninja Falcon Coin. Regardless, the Morpher used by the White Ranger only appeared while Tommy morphed, due to the footage originating from a different series, the White Ranger did not visibly wear his Morpher on his belt.

The White Ranger Morpher is the same one used from Tommy's time as the Green Ranger, as only the Green Ranger power coin dissolved after Lord Zedd drained it using the Green Crystal not the morpher itself. After Tommy's clone was created using a lock of Tommy's hair, he was given a new Dragon Power Coin and Morpher created by the Wizard of Deception.

In Dimensions in Danger, Tommy revealed to have had gained a new Power Morpher containing his Mighty Morphin', Zeo, and Dino Thunder powers, including Turbo (the latter wasn't used in the said episode, except Soul of the Dragon).

With a call of “It’s Morphin' Time!” the Rangers would hold their morphers out in front of them and push a red switch located on the right side of the devices, then call the name of their respective dinosaurs in the following order:

With the advent of their new Ninja powers, the Rangers received a new set of Power Coins from Ninjor based on the Ninja Animals. They adopted a new morphing call:

In Mighty Morphin Power Rangers: The Movie, the morphers are used by the Power Rangers once again. There were significant design changes made to the devices, however. The "Power Rangers" text that borders the coin is removed, They were all silver plated and the black lightning bolt designs on the edge of the morpher and buckles are recolored to match the Rangers' colors, with only Adam's being unaltered. While morphing, the devices were never shown opening, so whether or not they can is unknown; however it's clear that opening the morpher in this continuity isn't required in order to morph.

The Alien Rangers appeared to transform without morphers, simply crossing their arms over their chests and speaking their morphing call. They were seen with their own version of Power Coins, which were used in summoning the Battle Borgs, but it is unknown if they were connected to the Aquitians' morphing abilities or not. White Ranger Delphine was also known to proclaim “It’s morphing time!” When morphing as a group, the Alien Rangers would call “Rangers of Aquitar, full power!” Morphing individually, the Aquitian Rangers spoke their calls in this order:

For Jason Lee Scott, his was the classic morph and a somewhat variation of the Season Three morph motions: He pulls out his Morpher, He does a full wide-counter clockwise arm gesture, and proclaims, "It's MORPHIN' Time!", as he thrusts the Morpher forth with both hands braced behind it.

For Adam's new sequence, as seen in Season Three, his first return and in Once a Ranger he held the morpher against his chest, pointing the coin to the sky, proclaiming, "It's Morphin' Time!", then arcs the morpher and his other hand over his head in a circle, then brings it forward upside down, and rotates it so it's right side up and his hands are braced behind it. (Although in the In Space return, he did it in slow motion)

However, he does not use his morph call "Mastodon!"

An evil Tommy Oliver fused his Green Ranger powers with that of the White Tiger Power Coin, creating the Black Dragon Power Coin.

The Morphers exist in this continuity, but are not used to morph. Instead, after bonding with a Power Coin, the Rangers' armor materializes on the selective Ranger. While Billy did summon his armor by himself, the main way to morph was for the five to step onto a platform in the middle of the Command Center. Despite all of this, the Morphers appear on the Rangers' suits, housing the Power Coins.

In addition, each Ranger must be open to one another, otherwise the morph won't work.

In 2013, Bandai America released a redesigned Power Morpher exclusively for sale through Toys R' Us. This particular model of Power Morpher was composed of plastic and die cast metal, came with a belt buckle holster, and the five original power coins: Mastodon, Pterodactyl, Triceratops, Saber-Toothed Tiger, and Tyrannosaurus.

In June of 2013, Bandai announced the release of a gold-plated Green Ranger's Power Morpher, available for purchase at SanDiego Comic Con and later at Toy's R Us. The morpher included the Dragonzord and Tigerzord coins. A Green Ranger action figure will also be available, packaged with a dino tribe Power Coin.

In July of 2014, Bandai unveiled yet another new Legacy Morpher, this time patterned after the White Ranger's Power Morpher from Mighty Morphin' Power Rangers: The Movie.

In 2020, Hasbro released the Lightning Collection Power Morpher, based on the original model of morpher and the corresponding five Power Coins given out in "Day of the Dumpster". Unlike the Legacy model before it, the Lightning Collection Morpher is largely made of plastic, though the Power Coins are die cast metal. Similar to the original 90s release, the coins have tabs that both lock the coin in the Morpher, as well as provide identification of which coin has been placed in it. When activated, the Morpher plays a recording of the corresponding Season One Ranger shouting their morph call. When the plates are closed, the morph sound at the end of the TV sequence is played. The internal lights change color based on which coin is currently being used. The toy utilizes three AAA batteries, and does not have a power switch.

Additionally, the Morpher comes with a display stand that can hold the four unused Power Coins. The Lightning Collection Morpher is significantly lighter than its Legacy Collection predecessor, and more greatly resembles its 90s toy counterpart, making it somewhat more show-accurate since those toys were often used in the production of Mighty Morphin Power Rangers. 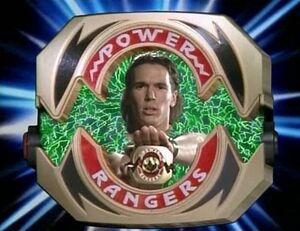 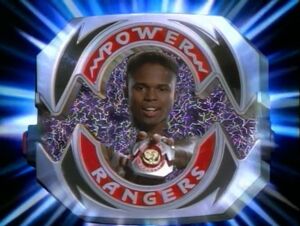 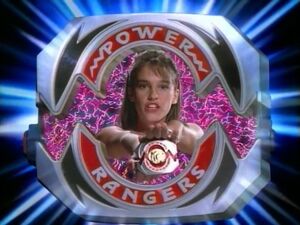 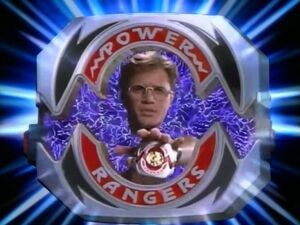 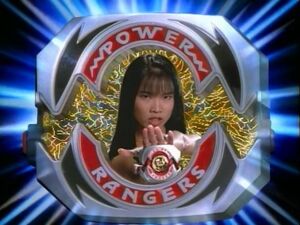 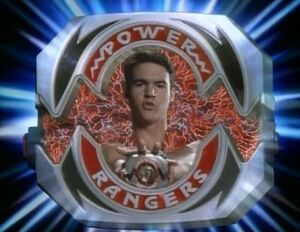 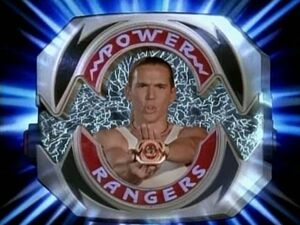 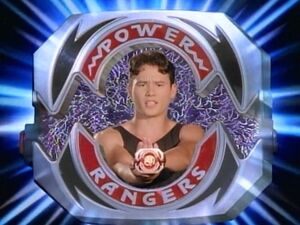 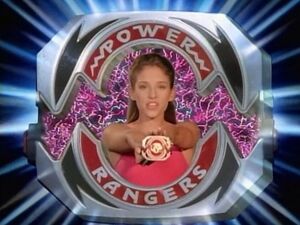 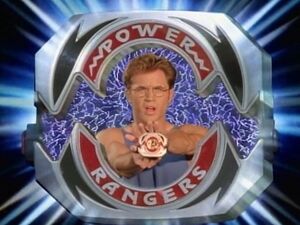 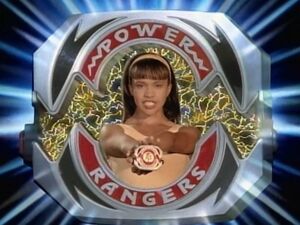 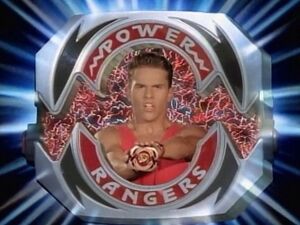 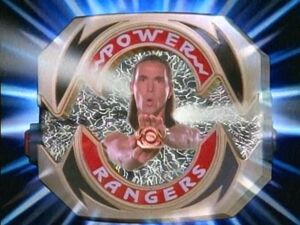 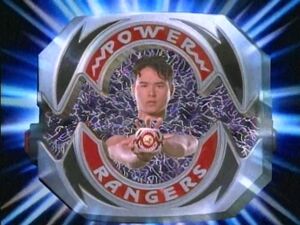 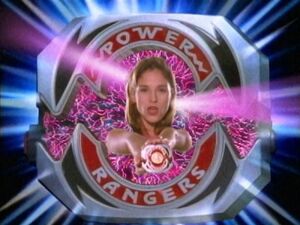 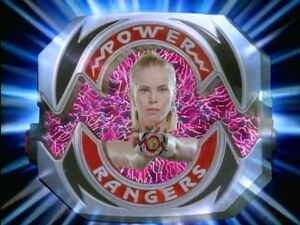 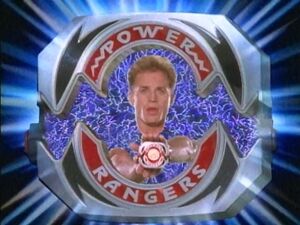 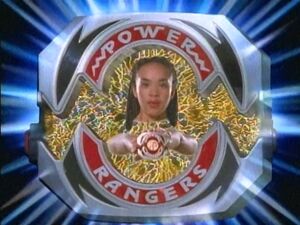 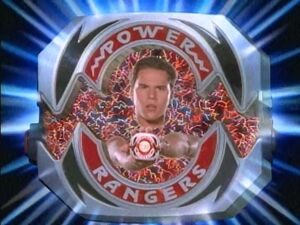 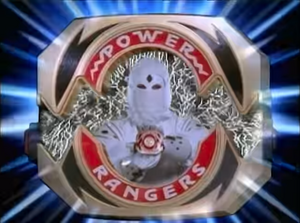 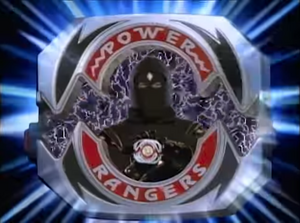 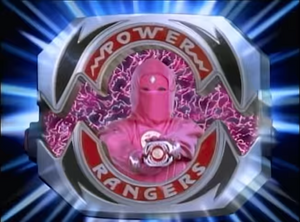 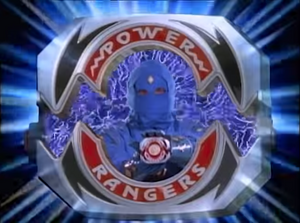 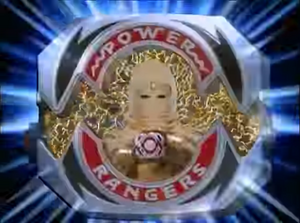 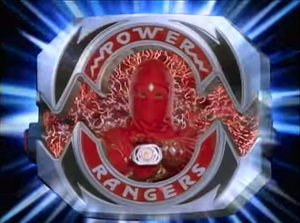 Adam's Return (Once A Ranger) 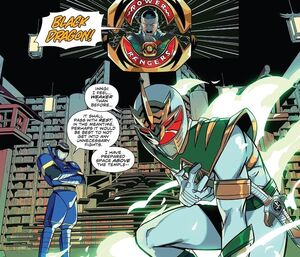