The Micro Zords, formerly referred to as Transmax Vehicles, are several zords that one can build and take apart in multiple ways. They have few or no hinges and are put together through interlocking pegs and holes. They are set at about more or less 1:64 scale (supposing zords were the size of cars), and are sold in carded sets.

Their releases coincide with those of Transforming Megazords in the same line.

From the TV series Operation Overdrive

The initial series featured Mugenbine-style pegs and joints, where inside a hole are clasps. The zords were sold three at a time.

The joints on Series Two are not compatible with Series One. 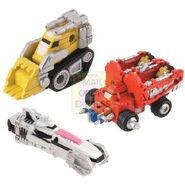 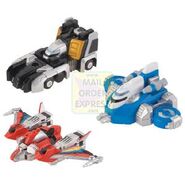 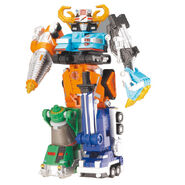 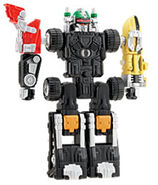 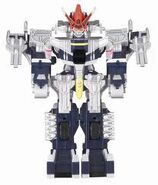 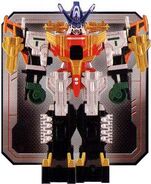 From the series Jungle Fury

This series started with completely altered Micro Zords, then midway began introducing zords that came from the TV show. However, the collection is missing several show zords, namely the Lion, Elephant, Wolf, Shark and Bat.

Series One features zords that are inspired by the design of the show zords but with an automotive look.

Series Two were all relatively accurate versions of the Animal Spirits. They were also sold as a full box set as "Jungle Micro Megazord Set". 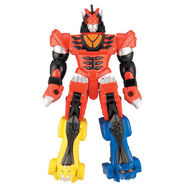 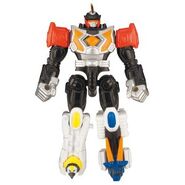 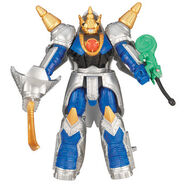 From the series RPM

This series is equal parts show-based and made-for-toy zords. Each set comes with a bonus zord and the three makes their own Megazord.

This series went unreleased in the USA but was sold in the UK and in Bandai Asia territories. It also marked the only appearance of Engine Daishogun in Power Rangers franchise. Each set also comes with a bonus zord and the three makes their own Megazord. 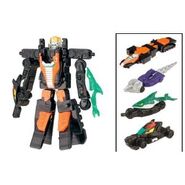 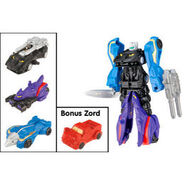 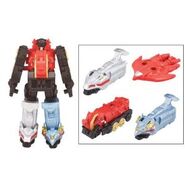