Sorcerer of the Sands
Olympius Unbound

The rangers faced Mermatron, that resembles a sea creature when they entered the Shadow World. Mermatron is a female and so far has appeared twice only, once in Sorcerer of the Sands and Olympius Unbound. It is unknown if the rangers ever battled her before since she never appeared before those 2 episodes. Her soul was absorbed by Olympius to get out of the Shadow world. 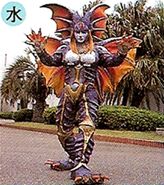 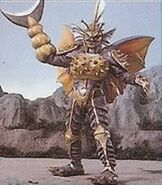 Mermatron's Advanced Form.
Add a photo to this gallery

Retrieved from "https://powerrangers.fandom.com/wiki/Mermatron?oldid=1040524"
Community content is available under CC-BY-SA unless otherwise noted.