The Hurricanegers must fuse the Shinobi Medals on their Hurricane Gyros to make this weapon, but KabutoRaiger has also used a Shinobi medal with "鉾" (halberd) on it. It is a dragon themed sword and the primary weapon of Senpuujin. Its finisher is the Copy Illusion Slash (分身幻斬り, Bunshin Maboroshi Giri) attack where Senpuujin forms two illusionary copies which then slash the opponent three times from different angles. While the Gouraigers have their own copy of the Sword Slasher, they rarely use it, nor does Gouraijin have a special attack with it. In Abaranger vs. Hurricaneger, with their powers combined, their powers helped to create a golden version called the Mahoro Slasher (マホロスラッシャー, Mahoro Slasher), which was wielded by Abarenoh, for the Split Drill Slasher attack which is the same finisher that Senpuujin has with this weapon. 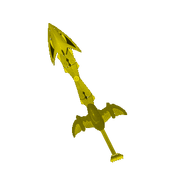 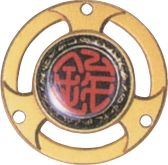 A Combination of Goat Crusher and Tortoise Hammer, based on a kendama. It's finisher is the "Goat Hammer Hurricane Comet" (ゴートハンマーハリケン彗星, Gōto Hanmā Harikēn Suisei) where the mech using it bounces the Tortoise Hammer off the Goat Crusher to build up power before hitting the ball into the opponent.

Used by HurricaneYellow. Its finisher is Gale Dynamic Drop (疾風豪快落とし, Shippū Gōkai Otoshi) as the hammer was covered in wind energy where it hits the opponent multiple times before extending the hammer for the final blow. The Shinobi Medal is marked with "槌" (hammer). 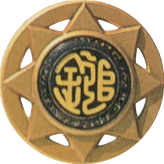 A flail/meteor hammer used by HurricaneBlue. Its finisher is Rocked Buster (ロックドバスター, Rokkudo Basutā) where the mech using it spins it around to build up momentum before throwing it into the opponent. The Shinobi Medal is marked with "甲" (armor). 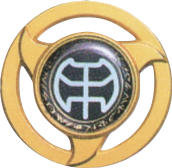 A hatchet based on a flower and the primary weapon of Gouraijin. Its finisher is the Big Spin Booming Slash (大回転轟斬り, Daikaiten Todoroki Giri) where the blades/petals spin like a pinwheel and buzzsaws the opponent and it can sent out energy buzzsaws for range attacks. Can be combined with Goraijin's Double Horn Cutter to form the Axe Cutter (アックスカッター, Akkusu Kattā). The Shinobi Medal is marked with "車" (wheel). 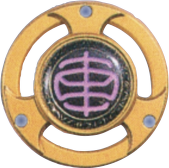 Combination of Gatling Leo and Squid Attacker. Its finisher is the "Hurricane Spiral" (ハリケンスパイラル, Hariken Supairaru) where it fires a combination tornado blast and bullet salvo.

A white lion themed gatling gun weapon Used by HurricaneYellow. Its finisher is the "Big Rotation Lion Explosive Bullet" (大回転獅子爆裂弾, Daikaiten Shishi Bakuretsu Dan) where it fires a barrage of bullets from the barrels in its mane. The Shinobi Medal is marked with "銃" (gun). 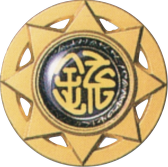 A squid themed drill used by HurricaneBlue that mounts Senpuujin's right knee. Its finisher is the "Spindle Drill" (スピンドドリル, Supindo Doriru), a knee strike on it's front knee where Senpuujin uses it to pierce through the opponent. The Shinobi Medal is marked with "錐" (drill). 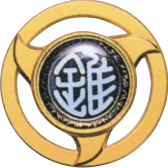 Hironori Miyata
Karakuri Warrior Fūraimaru (カラクリ武者 風雷丸, Karakuri Musha Fūraimaru, Wind-Thunder Round) is the combination of FūraiHead and FūraiKnuckle. He is important to the Hurricanegers and the Gouraigers, as he is vital help in the formation process of Karakuri Giant Gourai Senpuujin's transformation, forming the latters' helmet and fists. In Abaranger vs. Hurricanger, he was used again, but Gourai Senpuujin was beaten and seperating five components and Fūraimaru. He returns in Kaizoku Sentai Gokaiger, once again retaining the ability to combine with a mecha, as he now combines with GokaiOh to form Hurricane GokaiOh.

In an interesting thing to note, in Hurricaneger, Fūraimaru's voice actor's voice was distorted to make it more robotic. In Gokaiger, his voice is unaltered. 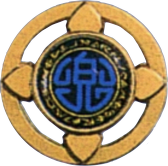 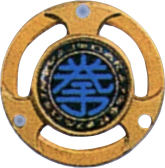 Used by HurricaneRed. Can make Senpuujin invisible or be used for defense, but isn't effective in its first battle and not used in the future. The Shinobi Medal is marked with "服" (cloth). 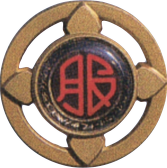 A bee-themed top and the primary weapon of Tenkuujin, the Spin Bee attacks with Violent Top (暴れ独楽, Abare Goma) where Tenkuujin pulls the included ripcord and sends it crashing into the opponent like a miniature tornado. The Shinobi Medal is marked with "廻" (rotate). 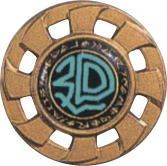 A horseshoe crab themed lance that mounds on Gouraijin's forearm. Though it belongs to KabutoRaiger, when loaded in Revolver Mammoth, its user is KuwagaRaiger. Its finisher is the Crash Lance Stab (突貫香車突き, Tokkan Kyōsha Zuki) where a spear of energy extends from the tail blade and skewers the opponent. The toy version included a magnet in its underside that allows it to attach to any magnetic surface. The Shinobi Medal is marked with "突" (pierce). 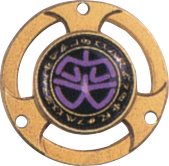 A spider themed grappling hook used by Sky Ninja Shurikenger. The toy version could mount its handle in a slot on its back to serve as a top mounted gun. The Shinobi Medal is marked with "糸" (thread). 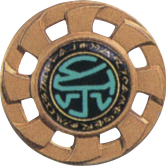 Used by HurricaneRed once for the "Stamp Hundred Hand Press" (スタンプ百烈押し, Sutanpu Hyakuretsu Oshi) attack in Episode 29. Like the Karakuri Mantle, this item was also used once and not seen again afterward. The Shinobi Medal is marked with "印" (stamp). 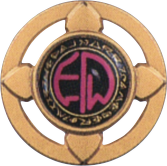 A starfish themed weapon used by HurricaneBlue that goes on Senpuujin's left knee for the Starlight Knee Drop (スターライトニードロップ, Sutāraito Nī Dorop), a falling knee strike where the points of all five arms point forward to slash the opponent. It also has a second attack called Star Dust Cracker (スターダストクラッカー, Sutādasuto Kurakkā) where they throw Pitatto and duplicates itself into multiple starfish of different colors which adhere to the opponent's body before detonating. The Shinobi Medal is marked with "着" (attach). 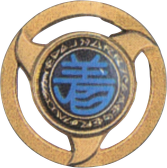 Mach 12
Combination of TriHorns, TriCrown and TriClaws, it is important to help in the Karakuri Giant Tenrai Senpuujin transformation process. Another Tri-Condor was involved in the movie, except the Karakuri Balls are not numbered and had white-colored trimmings instead of gold-colored trimmings. It functioned as Laiina's spaceship and was the basis of the Tri-Condor used in the Hurricanegers' arsenal. 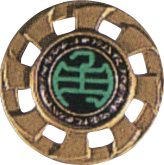 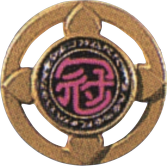 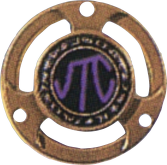 Fuuin no Ishi (Seal Stone) Sandaru has this powerful gem. He splits it in half revealing a shinobi medal-like stone. It became the Ikari no Ya no Medal (Raging Arrow Medal). Sandaru seeks out the Nageki no Yumi no Medal that's possessed by Lady Gozen.

An arrow with a sword-like handgrip at the end of its shaft, the keystone of Astrom's Karakuri Ball technology. However, without the Nageki no Yumi, a weak user goes into a berserk rage. It was obtained by Sandaru, who eventually used the rage of others to unseal it, and was in Jakanja's hands until the Hurricanegers got it momentarily until Sandaru reclaimed it. After being used, the Ikari no Ya got sucked into the vortex it brought about, with the Hurricanegers shooting it out to negate the wormhole. Rather than being marked with a kanji, its Shinobi Medal resembles the pattern of a sand dollar. 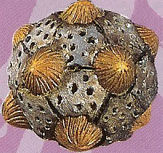 Ikari no Ya (Raging Arrow)

A bow that allows the wielder to safely use the Ikari no Ya. Known as the Dark Stone (闇石, Yami Ishi), it came to Earth during a meteor shower and became the keystone in the creation of the technologies used by the Hurricanegers and the Gouraigers. It was sealed in Gozen until Sandaaru managed to break the seal and use the Ikari no Ya to force the Nageki no Yumi out. Once used by Boss Tao Zant, the Nageki no Yumi was regained by the Hurricanegers, who use it to reverse the doomsday process. Rather than being marked with a kanji, its Shinobi Medal is marked with a complex hexagonal pattern that was used as the crest of the Space Union Ninja School.