A movie for Gosei Sentai Dairanger

Gosei Sentai Dairanger: The Movie (五星戦隊ダイレンジャー 劇場版, Gosei Sentai Dairenjā: Gekijō-ban) was premiered in Japan on April 17, 1993, at Toei Super Hero Fair '93. Directed by Shōhei Tōjō and written by Noboru Sugimura, the movie was originally shown as part of a triple feature alongside Kamen Rider ZO

The Dairanger must save children who are transforming into playing cards by the powers of the Duke of Cards.

A trio of kids are walking home from school when they meet with a street magician. He stamps cards on their heads, leaving imprints of the cards on their foreheads. At Dairanger headquarters, Kaku fears something bad is happening, and the Dairangers go and investigate. Shoji, Kazu and Daigo find a kid named Madoka where her brother left her to go with the other children under the command of the Gorma. She points them to where her brother, Shuichi went, and they all go.

The Gorma gathers the children in one place, and the Dairangers see as they enter a mysterious building. The magician transforms the children into playing cards and plays a game of Concentration with them. He guesses the cards, and when he gets it wrong, he attacks the child. The kid runs in once she identifies her brother, with the Dairangers following. The magician transforms into his true form, Duke of Cards and the Dairangers transform, and they fight, ending with them throwing the Gorma through a window. The Gorma use a special card and transports the rangers to a resort on Namegawa Island. The three Dairangers were beaten, and the Gorma Triumvirate appears, with Shadam telling Duke of Cards to finish them off quickly. Duke of Cards trap the three rangers in a silk hat, and blows them away.

Ryo and Rin were wondering where the other three have gone, while Duke of Cards continue to turn even more children into cards. The pair finds Madoka and her brother, where he turns into an inanimate playing card before their eyes and float away. All the other children also turn into cards and float away, and the rangers and Madoka follow. Meanwhile, Shoji, Kazu and Daigo try to escape from the hat, but were unsuccessful. The hat floats around, landing on a train track, before floating off and be harassed by a hawk. The three falls out of the hat and lands on RyuseiOh, and they fly off.

Enraged, Duke of Cards and the Gorma Minions use Growth Bombs to grow giant. The rangers summon their mechas, and combine into Heavenly Qi Palace. They attack, and then transform into Dairen'Oh. The Gorma also combine, becoming Great King Ojaru. They finish off the Gorma with the Raging Hurricane Waves attack. The children transform back to normal, and the Dairangers hang out with them. Ryo speaks to the audience, assuring them they will continue to do their best. 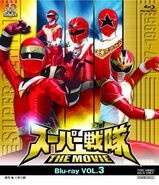 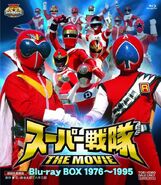