Airings of Mighty Morphin Power Rangers in the United States and the brief original run in Canada differed from those seen in other countries. One content difference was that the domestic masters featured "Today on Power Rangers" teaser segments before every episode, with the exception of "Day of the Dumpster". These were never included in the international masters sent to other countries.

The "Today on PR" segments were included in most episodes of Disney's 2010 reversioning of MMPR as aired on ABC, with the 2010 MMPR logo edited in. The reversioned episodes still included the "Saban Entertainment" closing logo. The "Today Ons" were removed from the copies on Netflix, along with using the "Saban Brands" logo at the end.

The international edits were previously identifiable by the closing logo bearing the text "Saban International" rather than "Saban Entertainment". However, the original closing logos have now been replaced with the new "Saban Brands" identifier. 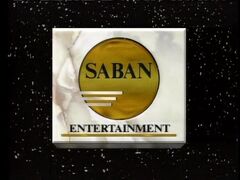 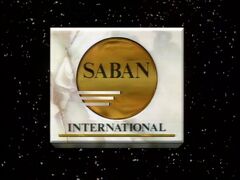 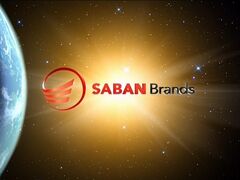 Saban Brands logo, 2011
Add a photo to this gallery

In several episodes, there are notable audio differences between the domestic and international versions, in at least one episode there is a different video edit, and there are some credits differences.

Because of these, we can determine that the basis of the new "Saban Brands" masters (seen on Netflix in US/Canada, Teletoon Retro in Canada, and Nicktoons in the UK) were the international copies. Those older "Saban International" masters were also streamed on PowerRangers.com, with some episodes including slates at the start identifying themselves as "Foreign" masters.

Only "The Trouble with Shellshock" PowerRangers.com stream was derived from a domestic master, complete with domestic Saban logo and the "Today On" segment placed after the episode's end (before the textless material). However, the style and content of the slate seen on this stream implies that this particular version is a new master (perhaps an archival transfer of the original tape to the more practical Digital Betacam format, or even to a data file archive).

Similar to the oddity with "Shellshock", Teletoon Retro's airings of "The Green Candle, Part I" have the "Today On" segment despite no other episodes in their rotation, including "Shellshock", airing with the teaser segment.

An incomplete list of episodes with differing content follows, including YouTube links demonstrating what was changed between the two versions. If there are more, they will be added as they are determined. Currently, the entire MMPR Productions run of the show has been carefully compared to check for differences (MMPR through PRWF finale).

All Turbo episodes after "Passing the Torch, Part II" are missing the eyecatches that were present on original Fox Kids broadcasts and Disney's reruns. Consequently, the straight cuts at the end of each act were changed to black fades.

Opening credits for "The Flute": http://www.youtube.com/watch?v=MWlR5LPYl38

All of these images are taken from the streams once seen on PowerRangers.com as examples of the different slates seen on various master tapes. Only the first is from a domestic version.

Add a photo to this gallery
Retrieved from "https://powerrangers.fandom.com/wiki/Domestic_vs._International_Masters?oldid=773003"
Community content is available under CC-BY-SA unless otherwise noted.