Danny's motto is "Never give up" (mentioned several times during the series). Most times, Max Cooper, the Blue Shark Ranger, would have to remind him what that motto is whenever he feels like giving up. He works at a flower shop, where he is very passionate about the flowers. Danny was the fourth Ranger to be recruited and had served as a Ranger for two months prior to Cole joining the team. Danny and Max are best friends and Max has always seen Danny as an older brother figure. As such, Danny has always had Max's back on anything.

Danny is the strongest Wild Force Ranger physically, but deep inside is a peaceful man, with a sweet side and some childlike quirks (like sleeping with a Teddy Bear). He is madly in love with a girl named Kendall, who works in the same flower shop as he does, but he is too shy to tell her, and gets (even more) clumsy when she is near by. Eventually, she found out that he was the Black Ranger, but decided that he needed to focus on his mission, and turned Kendall down.

It should be noted that while Cole was originally thought of as the only Wild Force Ranger who could understand the Wild Zords (a trait which Merrick also probably shared), Danny has been shown on more than one occasion to be able to understand the Bison Zord, such as when it told him that it was sending 'friends' to help (The Rhino and Armadillo Wild Zords) or confirming that it was still able to fight after virtually all other Zords had been badly injured by the powerful Locomotive Org. Whether he can talk to anyone else's zords remains unknown.

When the Rangers disbanded, he and Max Cooper embarked on a global vacation, visiting different cities around the world. According to an earlier script, Kendall was supposed to join them.

Danny and the other Wild Force Rangers returned as part of the army of Legendary Rangers that helped the Mega Rangers defeat the Armada once and for all, fighting in a huge battle against hundreds of X Borgs and dozens of Bruisers.

When Rita Repulsa join forces with Mr. Bison, as a result they infected the Morphing Grid, Danny is one of the many Rangers who are infected, later as Wild Force Black Bison Ranger summoned among various Rangers by Mr.Bison's side. He appears with the Ninja Steel Blue Ranger. He along with the other Evil Rangers going to fight lead by Mr. Bison against Mighty Morphin Green Ranger V2, Super Megaforce Yellow Ranger, Ryu Ranger and Chun-Li.

Zayto brings up how different Ranger teams had motorcycles for transportation, showing Aiyon and Solon the Mighty Morphin Rangers' Shark Cycles and the Wild Force Rangers' Savage Cycles. Solon does not see the need for a motorcycle as the Dino Fury Rangers can already teleport.

Danny along with the other Wild Force Rangers among all the Ranger teams which appear in the Korean-developed mobile game Power Rangers Dash. 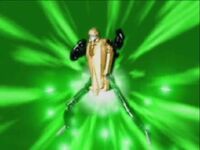 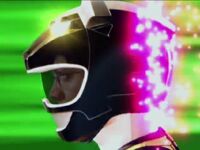 The Wild Force Black Bison Ranger Key is Danny's personal Ranger Key. This key along with the majority of the Core Ranger Keys are seen lining the Command Center's interior walls. This key is mainly used by Jake Holling (Super Megaforce Green) who uses it to fight as the Black Wild Force Ranger.