He is also referred to as Black Alien Ranger on Earth, as well as Mighty Morphin Alien Black Ranger a variation on his alternate in-show label, though it is more in reference to the show itself than a proper label.

He is the quietest member of the team, often lurking in the background, but he fights with extreme ferocity against his enemies.

During the invasion of the universe by Dark Specter's United Alliance of Evil, Corcus and the other Aquitian Rangers battled Divatox's army on Gratha, where they were defeated. They were later saved by Zordon's Energy Wave.

Corcus along with the other Aquitar Rangers and other Ranger teams are seen in Troy's premonition about the Legendary Battle.

After the apparently death of Vrak, Corcus is seen briefly with the other Rangers in Troy's premonition about the Legendary Battle.

Corcus and the other Aquitian Rangers returned as part of the army of Legendary Rangers that helped the Mega Rangers defeat the Armada once and for all, fighting in a huge battle against hundreds of X Borgs and dozens of Bruisers. He then returns to Aquitar. 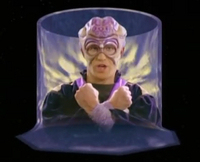 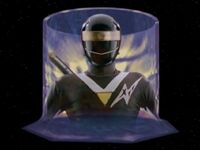 A female version of the Black Alien Ranger as seen in Super Megaforce.