Cole Evans is the Red Lion Wild Force Ranger, the Red Ranger of the Wild Force Power Rangers. Cole is approximately 21 years old at the beginning of the series.

Cole was born on August 25, 1981[1] to scientists Richard and Elizabeth Evans. Together with their colleague, Dr. Viktor Adler, the Evans took their infant son Cole with them on an expedition to the Amazons to find evidence of the Animaria. Viktor Adler, who had feelings for Elizabeth, was hurt by her marriage to Richard and subsequent pregnancy, believing she and the group's success to be rightfully his. The trio of scientists found seeds which were the remnants of the original Master Org.

Viktor saw this as a way to gain power to get revenge on Richard and Elizabeth and ate the seeds, becoming the new Master Org. As he hunted down the couple, Elizabeth hid Cole in the wilderness, leaving him a picture of his family and the Red Lion crystal. Victor eventually caught them and killed them, however, he did not find Cole. Cole was found by a tribe of natives (made up of the descendants of the original inhabitants of the kingdom of Animaria[2]) who raised him as their own. Cole, his parents and Dr. Adler are all presumed dead in a "tragic accident" by the civilized world.

Cole's life in the wilderness has greatly prepared him to be a Ranger. He has amazing agility, sharp senses and thinks on his feet. When the natives felt Cole was old enough, they gave him a few items they found on him as a baby: a torn picture of his parents and the Red Lion crystal. With only these two things to go on, Cole left the wilderness for the city of Turtle Cove to find his destiny (or "life path"). Shortly thereafter, he was found by Princess Shayla and the Wild Force Rangers and chosen by the Red Lion to be the Red Wild Force Ranger.

Originally a stranger in a strange world, Cole, with the help of the other Rangers, adapted to this new world and led the Power Rangers Wild Force as he was destined to do. He swears his life to protecting the Earth and his friends, he lets nothing stop him from keeping his promise.

When getting to know his fellow teammates, he formed easy friendships with everyone except Taylor. His sudden promotion to leader of the group caused friction between him and the Yellow Ranger who'd been leading the team prior to his arrival. The two eventually come to a mutual understanding, Taylor learning to respect Cole as a leader and Cole valuing her experience as the longest serving member of Wild Force. Upon learning the death of his parents, Taylor encouraged him to believe that his parents were still alive until they were all confronted by Master Org who kidnapped them. Though Cole learns that the former Dr. Adler was responsible for the death of his parents, he chooses not to take his revenge against the man, refusing to lower himself to his level.

When Master Org returned from the ashes of the Nexus and destroyed their animal crystals and Growl Phones, Cole refused to give up, opting to fight against the now gigantic Org without his powers. However, the Wild Zords were revived and with their help, the Rangers destroyed Master Org and the Org Heart once and for all. With the threat of the Orgs gone, Cole relinquished his powers to Princess Shayla, who returned to Animarium to sleep once more. After visiting his parents and even Dr. Adler's graves placing flowers on all their graves, Cole decided to use his talents to help animals in need wherever he roamed, wishing Dr. Adler found peace.

The Wild Force Rangers were featured in a chronicle of Power Ranger history that Tommy Oliver compiled shortly after he formed the Dino Rangers, which was found by the nascent Ranger team in the Dino Lab.

Cole and the other Wild Force Rangers returned as part of the army of Legendary Rangers that helped the Mega Rangers defeat the Armada once and for all, fighting in a huge battle against hundreds of X Borgs and dozens of Bruisers.

Cole along with the other Wild Force Rangers among all the Ranger teams which appear in the Korean-developed mobile game Power Rangers Dash.

Cole has a love for animals and the wilderness and, as such, he immediately fell in love with his new home on the Animarium. His empathetic connection with nature allows him to communicate with not only animals (which include the Wild Zords) but humans as well.

He once tried to appeal to the heart of Barbed Wire Org, only to find with his senses that the Org lacked one. However, he was able to tell that Ransik was telling the truth about wanting to help destroy the Mut-Orgs in Reinforcements from the Future, and that Jindrax and Toxica were telling the truth about wanting to help them stop Master Org and rescue Princess Shayla in Sealing the Nexus. Cole is a bit inexperienced in the ways of civilized man but approaches each new challenge with zeal such as learning to ride his Savage Cycle. 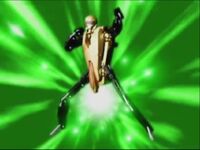 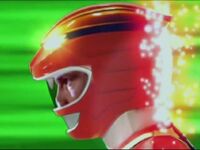