He voiced Shitari of the Bones in Samurai Sentai Shinkenger, then later voiced the Debo Yanasanta brothers in Zyuden Sentai Kyoryuger and Youkai Ungaikyo in Shuriken Sentai Ninninger. He is also the narrator of Doubutsu Sentai Zyuohger, as well as the voice of the Zyuohgers' equipment and Cetus.

He made a cameo as a drunken man in The Return of Samurai Sentai Shinkenger: Special Act.

Outside of Super Sentai, he is well known as the voice of Brook in the manga/anime series One Piece. 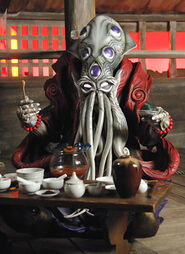 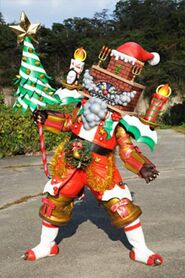 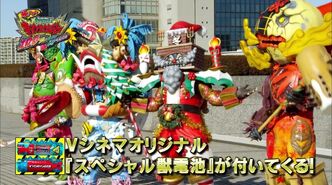 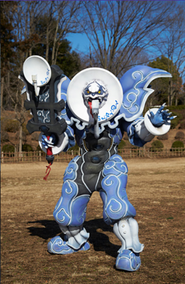 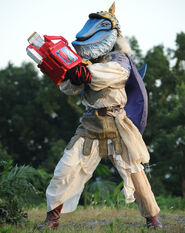 Cetus
Add a photo to this gallery

Retrieved from "https://powerrangers.fandom.com/wiki/Ch%C5%8D?oldid=738701"
Community content is available under CC-BY-SA unless otherwise noted.