The Orgs were demonic, oni-like, beings who desired to exterminate humanity and conquer the Earth for themselves. They served as the main antagonistic force of Power Rangers Wild Force.

The origin of Orgs is unknown, but they were first seen rising up from toxic pools several thousand years ago. They returned more recently due to the poor conditions of the planet from mankind's pollution of it. Their leader, Master Org, was destroyed by Merrick Baliton and the Predazord using the power of Zen-Aku, defeating the Orgs the first time around.

New Orgs are born from the pollution of the world. Many of the new ones resemble modern-day vehicles and items. All Orgs have horns; ordinary Orgs have two horns, while higher-ranking Orgs (Duke Orgs and General Orgs) have only one horn. If an Org's horn is removed, it will die.

Cole once tried to reason with an Org, thinking that it might be like a frightened animal. However, he sensed that it had no heart. It went on to claim that Orgs in general do not have hearts. However, this seem does not apply to Jindrax and Toxica, as Cole believes them after he "read" their hearts, which make him feel weird. Furthermore, Jindrax genuinely care for his comrade Toxica, as opposed to selfish and merciless Orgs.

In the present day, along with the Orgs returning due to all of the pollution in the world, the Master Org is apparently resurrected. In reality, the Master Org is Doctor Viktor Adler, a human who found the original Master Org's remains and consumed some seeds from it that gave him the power of Master Org. With the help of Jindrax and Toxica, he leads a war against humanity. After the fake Master Org's true identity is revealed, he is stripped of his power by Cole Evans and killed by the General Org Mandilok. Unknown to anyone, Adler's death leads to the resurrection of the true Master Org who had been lying dormant in Adler's body.

Mandilok subsequently becomes the series main enemy, battling the Power Rangers and leading the war against humanity. After the appearance of Onikage, Mandilok comes close to winning, sacrificing Toxica, only to learn that Onikage serves the resurrected Master Org. Master Org destroys Mandilok and kidnaps Princess Shayla to become more powerful than ever. With the help of Jindrax and a resurrected Toxica, the Rangers rescue Princess Shayla, but the Master Org gains a new true Org form and defeats the Rangers and Animus. With the Rangers refusal to give up resurrecting their Wild Zords and summoning thousands more, they destroy the Master Org forever and end the Org threat once and for all.

Following the destruction of Master Org, only three Orgs remain alive: Jindrax, Toxica and Zen-Aku who somehow survives his destruction by the Wild Force Megazord and the Predazord. Jindrax and Toxica, after making peace with the Rangers, leave to find themselves while a redemption-seeking Zen-Aku travels the world with Merrick, the former Lunar Wolf Ranger who was once cursed to become Zen-Aku.

Master Org (The ancient, then the reborn, and Dr. Victor Adler, both deceased) 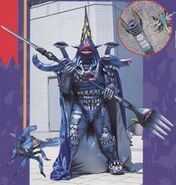 General Org Mandilok (Leader of General Orgs and temporary leader of all the Orgs, deceased) 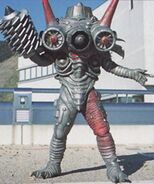 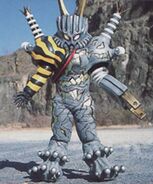 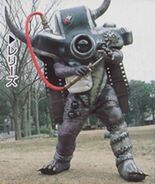 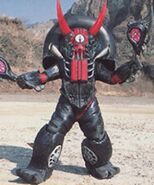 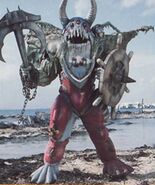 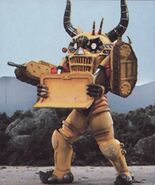 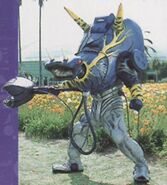 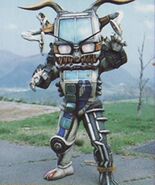 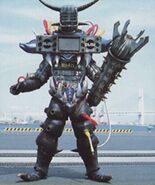 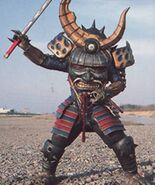 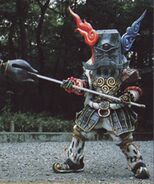 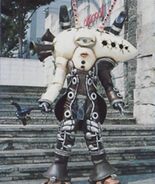 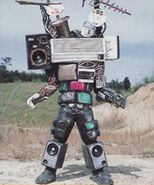 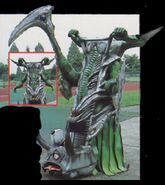 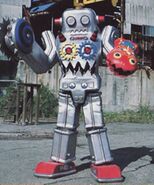 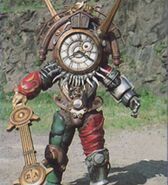 Clock Org (Only seen as an illusion, then as a spirit) 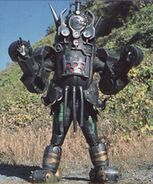 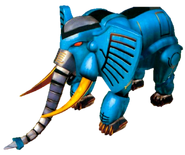 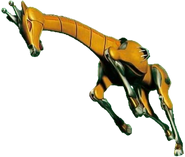 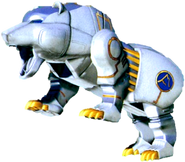