[[Ariake no Kata and Mangetsu Kibaoni]]

The Kibaoni Army Corps (牙鬼軍団, Kibaoni Gundan, lit. "Fanged Demon Army Corp") are a clan of Yokai who are led by the warlord Gengetsu Kibaoni.

Gengetsu Kibaoni and his mates were sealed for good by the Last Ninja in the 48 Shuriken Seals, but these seals are now broken and scattered. Some of the seals are with the Kibaoni Army Corp and some are with Ninningers but some are lost. Due to them being broken the Kibaoni Army Corp are once again revived and are now on finding the lost seals and they are now led by Gengetsu and his two generals. They have the mission to gather the "Power Of Fear" by terrorizing humans. 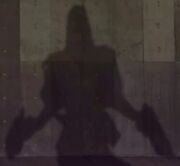 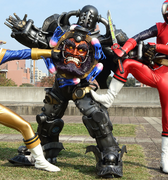 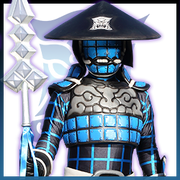 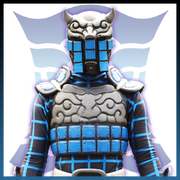 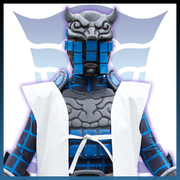