The Black Cross Army (黒十字軍, Kuro Jūjigun), also known as the Black Crusaders (黒十字軍騎士, Kuro Jūjigun kishi), are a terrorist organization that seeks to dominate the Earth. Using its imperial army of human test subjects, who have been unwillingly operated on cybernetic surgery, and brainwashed. The Black Crusaders swear absolute loyalty to their leader and if a Black Crusader even thinks of betrayal, the punishment is death. They have secret bases all over the Earth, but their main base is in Japan.

The Black Cross Org was the result of the Black Cross Army's spirit being reincarnated into an Org. It was defeated by the combined attacks of the Gaorangers' GaoKing and the Gorengers' Varidreen.

Following the Legend War, the Black Cross Führer, through the undying hatred of all the villains defeated by the Super Sentai, was revived as the Black Cross King. Manifesting through a void in space before the flagship of the Space Empire Zangyack, whose invasion of Earth was being opposed by the 35th and current Super Sentai, Gokaiger, the Black Cross King's first act was to address their leader, Commandant Warz Gill, making a deal to allow him to exact his revenge against the Super Sentai before leaving Earth in the hands of Zangyack. Taking advantage of the conflict between the Gokaigers and their immediate predecessors, the Goseigers, the Gigant Horse entered Earth's atmosphere and opened fire on their respective Giant Robos, allowing the Black Cross King to take the Gokai Treanger Box containing the powers of the first 33 Super Sentai in the form of Ranger Keys, before resurrecting Brajira of the Messiah, Hades God Dagon and Crime Minister Yogoshimacritein as the three villains teleport the two groups away. As his three subordinate villains engaged the two newest Sentai having split up their numbers across dimensions, the Black Cross King appearing in the sky to address the human populace which included the greater Super Sentai community, announcing that he possessed the power of the first 33 Super Sentai and that he would soon acquire the powers of the Gokaigers and Goseigers before enacting his revenge.

Several Zolders were part of an army of past enemy grunts that were fought by the Gokaigers in Los Dark's ghost dimension which housed the 1500 spirits of the villains defeated by the Super Sentai. After losing some of their number in an initial skirmish, the remaining members from each grunt group merged to form the Combined Combatant. Though the stronger opponent, the Combined Combatant proved to be unstable due to internal conflicting among the grunts composing him over who got to finish the pirates off. Taking advantage, the Gokaigers used the Battle Fever J Ranger Keys to destroy the Combined Combatant with the Penta Force cannon.

An iteration of the Black Cross King was among the Shocker

bonus stage. This army was ultimately wiped out by a combined force of Sentai Rangers and Kamen Riders, with the Black Cross King being destroyed along with multiple combatmen by Kamen Rider Brave 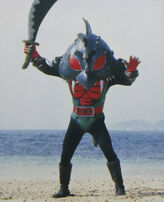 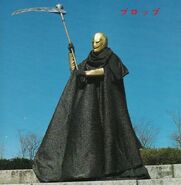 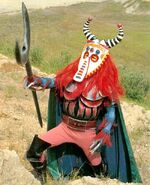 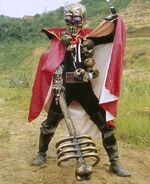 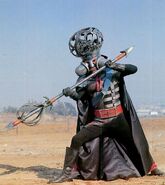 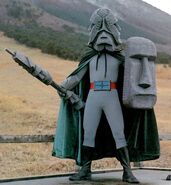 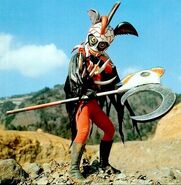 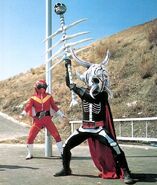 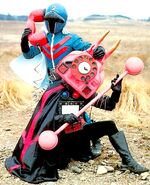 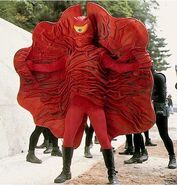 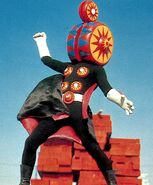 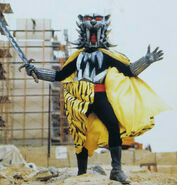 The original example of the evil organization in the Super Sentai Series, the Black Cross Army featured in the very first entry Himitsu Sentai Gorenger (1975-77).