"Time to end this, once and for all!"
―Carter's most famous line before trying to kill Queen Bansheera with his Battle Booster.[src]

"Ceremony's over Bansheera!"
―Carter when he and the other Lightspeed Rangers confronted Queen Bansheera for the final battle.[src]

Carter Grayson was one of Mariner Bay's best firefighters. His daredevil maneuvers risked his life, but saved those in danger. Carter is brave, headstrong, and quick thinking. Carter was the first to accept his role and took up the position of team leader as the Red Lightspeed Ranger, and courageously led the Rangers against Diabolico's forces. As the Red Ranger, Carter is a strong leader, however he is strict and by-the-book.

During the series, he develops feelings for Dana, but it's unknown if he has expressed them yet, though the feelings seems to be mutual. An example is in the episode "The Last Ranger," when the Rangers, save Dana, lose their memories, Carter sees Dana get hurt and it restores his memories.

Carter bravely took down Queen Bansheera in a final battle, tossing her into the Shadow World for good. After Lightspeed Rescue disbanded, he returned to being a firefighter.

"You're gonna need my help."
―Carter to the Time Force Rangers[src]

When Vypra returned from the dead and began terrorizing Silver Hills while trying to summon a demon known as Quarganon with the help of Ransik and the solar amulet, Carter arrives at the city with his yellow truck to warn the Time Force Rangers about Vypra. Unfortunately, Carter arrived just after Vypra and Ransik had stolen the amulet from the museum, he then calls the rest of the Lightspeed Rangers. After Vypra summons Quarganon, the two Ranger teams morph together and fight Vypra's Demon Warriors. Carter fights Quarganon while Wes fights Vypra, but they both were easily outmatched so they summon their battlizers and are soon joined by Eric Myers, Joel Rawlings and Chad Lee with their Mega Battles before destroying Quarganon and Vypra with a powerful blast. The two Ranger teams then reunite at the Clock Tower and give each other their jackets after the fight.

When remnants of the Machine Empire's forces unearthed Serpentera to destroy Earth, Carter was tasked with recruiting the newest Red Ranger of the Wild Force Rangers Cole Evans to a mission where they teamed up with 8 other Red Rangers and traveled to the moon to stop them. During the fight with the remnants of the Machine Empire, Carter teamed up with Red Space Ranger Andros to defeat Steelon in blaster battle.

The Lightspeed Rangers were featured in a chronicle of Power Ranger history compiled by Tommy Oliver shortly after he formed the Dino Rangers, which was found by the nascent Ranger team in the Dino Lab.

"Don't worry guys! We've got this!"
―Carter before he saves a man.[src]

Carter and Dana investigate the aftermath of Emperor Mavro's Armada attacks. Then later, he, Dana and the other Lightspeed Rangers joins every Legendary Ranger legion in defeating the final Armada foot soldiers.

When events set into motion by Lord Drakkon caused the timeline to split into a pocket universe, each anchored on a powerset, the Lightspeed Rangers were split off into their own pocket universe. Lord Drakkon then attacked them. Despite being struck by a Dragon Cannon, Carter retained his Ranger powers and was recovered by Jen and Kimberly. During the battle against Lord Drakkon's Forces he uses his Battlizer, fighting alongside other Red Rangers.

When the timeline is restored, so is Carter.

As a career fireman, Carter's priority has always been the well-being of others. In his debut scene, he refuses to leave a burning building that's about to collapse without retrieving the civilians trapped inside. At the end of Lightspeed Rescue, he even urges his friends to close the lid of the tomb to the Shadow World so he can sacrifice himself to stop the demons from being unleashed. Carter's dutifulness to protect others is somewhat misguided. He never took a day off, even when Captain Mitchell gave the Rangers crystal clear orders to take a day off and relax. This was because he believed to help others, he must put himself through intense training, even if he isn't happy with it. It wasn't until a pep talk from Captain Mitchell did Carter finally realized even selfless people need time to themselves once and a while.

Carter is shown to be a brave individual with a warrior's pride. He refuses to retreat even when it was clear the resurrected and empowered Trifire and Magmavore were overpowering their Lightspeed Megazord and would rather die fighting. He could also be impulsive, sometimes performing actions that would result in more casualties if not for Captain Mitchel's guidance. He eventually learns to listen to Captain Mitchel's orders to retreat, realizing it's better to live to fight another day than to die for nothing. Carter also has a sharp battle instinct, shown when the Lightspeed Solarzord seemingly destroyed Diabolico and again when the Lightspeed Megazord seemingly destroyed Queen Bansheera, he concluded it was way too easy and accurately deducted during the second time that Queen Bansheera escaped, rather than being destroyed. 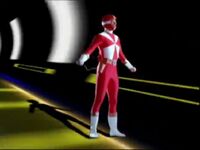 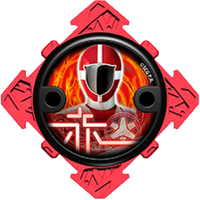