Soul of the Dragon

Not much is known about Bridge before he was in S.P.D., but he was born in the year 2004, on an airplane as it was crossing the International Date Line; this would make him 21 years old in 2025 (the year when the events of Power Rangers S.P.D. take place). He makes note of this when he says he was born "before the day [he] was born." He is also Jewish, notably mentioning it to Jack and the other Rangers upon the unveiling of the Delta Patrol Cycles; when Jack jokes, "Looks like Christmas came early this year!", Bridge reminds him that he celebrates Hannukah.

As the Green Ranger, Bridge and his teammates experienced many adventures together, from earning the new S.W.A.T. Mode upgrade to facing the corrupted A-Squad Rangers in battle. He has the ability to read the auras of other people.

In Operation Overdrive, Thrax, son of Rita Repulsa and Lord Zedd, gathered all four factions determined to find the jewels of the Corona Aurora, Flurious and the Chillers, Moltor and the Lava Lizards, Miratrix and Kamdor, and the Fearcats, Mig and Benglo. Bridge, Adam Park, Tori Hanson, Kira Ford and Xander Bly would be called upon by the Sentinel Knight to take the place of the Operation Overdrive Rangers when they lost their powers as Thrax' alliance damaged the Morphing Grid.

He meets Kira for what can be assumed the first time for her since their memories were erased the first two times. The team later went to a warehouse in Angel Grove where they discovered Alpha 6, who managed to repair the Morphing Grid and give the Overdrive Rangers their powers back. Both Ranger teams confronted Thrax' alliance in a final battle, Bridge fought alongside Mack Hartford, the Red Overdrive Ranger, against Flurious, who they defeated. The Sentinel Knight then appeared and used the Sword Excelsior to destroy Thrax, and the Rangers caused the other enemies to flee. When the Rangers said their goodbyes, Bridge was given a plate of several slices of "the butteriest" toast by Spencer. Bridge returned to the future with his Ranger Powers left intact since he already had them to begin with.

Bridge returned with his fellow S.P.D. Rangers as part of the army of Legendary Rangers that helped the Mega Rangers defeat the Armada once and for all, fighting in a huge battle against hundreds of X Borgs and dozens of Bruisers. It is presumed that he traveled from a time when he is still the S.P.D. Green Ranger. He returns to his own time again.

Soul of the Dragon

Bridge joined with several Space Patrol Delta officers to assist Tommy Oliver in rescuing his son J.J. from the witch Scorpina, engaging her forces in a battle which saw Scorpina dragged back to the Talos Dimension by her master Lokar while the remaining gang members were taken into custody by the Blue Senturion and his fellow police officers.

TV STORY-Power Rangers: Soul of the Dragon By this point, Bridge's Red Ranger form has been upgraded.[1]

COMIC STORY- Mighty Morphin Power Rangers 2018 Annual Lord Drakkon then attacked them. As Green Ranger, he fends off an attack by Lord Drakkon, alongside the B-Squad and C-Squad, despite being depowered by the Black Dragon Cannon.

When the timeline was restored, so was Bridge.

Bridge along with the other SPD Rangers as well are among all the Ranger teams which appear in the Korean-developed mobile game Power Rangers Dash.

An odd, but intelligent young man, Bridge's unusual mannerisms lead others to see him as annoying. His favorite food is buttery toast. Bridge is inquisitive almost to a fault, and has a tendency to draw out his sentences to the point of near ridiculousness (in the second episode, Syd foreshadowed this trait in a form of meta-humor by asking Bridge "Is it going to be one of those long, drawn out, Bridge type questions, that really isn't a question, but leaves us asking lots of questions?"). While quirky and prone to thinking in ways others find strange, Bridge is also incredibly analytical; he has the ability to notice small details others would normally overlook, and make accurate, insightful deductions based on this obscure evidence.

Bridge using his psychometery in S.P.D.

Bridge with a "New" Aura

Appearances: Soul of the Dragon 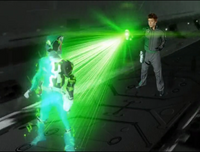 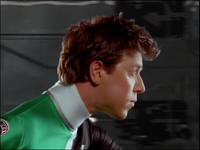 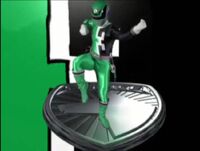 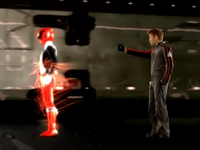 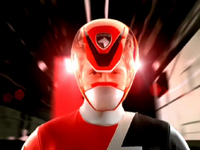