Ayase (アヤセ, Ayase) is TimeBlue (タイムブルー, Taimu Burū) of the Timerangers. Formerly a racer, this calm-headed 22 year old (33 as for the Great Legend War in Gokaiger) figure has a knack for high-speed battles and a deadpan sense of humor.

Ayase has the incurable terminal heart disease Osiris Syndrome (オシリス症候群, Osiris Syndrome), he can live only until 1 or 2 years. Still, he cannot finish giving up his dream even when coming in the 20th century. He is also close friends with Tatsuya Asami. His deadpan sense of humor often causes him to argue with Domon frequently.

When Tatsuya found out about Ayase's illness, he was determined to help his friend. However, when Ayase was suffering from his illness it was a shock to the other Timerangers when Tatsuya was forced to tell them about Ayase's illness, which caused them, especially Domon, to want Ayase to quit for the sake of his health, though Ayase managed to convince them to let him remain on the team. Despite his terminal condition, during the Emboss incident, Ayase was strongly determined to prevent the victims of Emboss' virus from suffering like he had. This led him to handle the set-up with Naoto to pay Don Dolnero money in return for getting the cure to Emboss' virus and also led Ayase to attack Naoto when his attempt to use a hidden bomb in the briefcase he brought to eliminate the Londerz endangered their chances of obtaining the antidote and put the victims at further risk because of Naoto's selfish actions.

Ayase, who is the only Timeranger that has a drivers license, works as an escort at Tomorrow Research. His name in 20th century is Shinnosuke Ayase (綾瀬 慎之介, Shinnosuke Ayase). In the corrected future at the end of the series, a cure for Osiris Syndrome was found and Ayase was cured. However, he abandons that future and resisted Ryuya and saved the present with Yuuri, Domon, Sion, although it's possible he received treatment later on.

A copy of TimeBlue was part of a Copy Timeranger team that fought the Timerangers in a pocket dimension.

TimeBlue is among the Sentai warriors seen in clips when Daimon Tatsumi (GoYellow) lectured Kai Samezu (GaoBlue) about the past Sentai technical warriors and their fighting spirit.

Years later, Ayase fought alongside not only his own team, but every single Sentai ranger in existence, against the Empire of Zangyack when it attacked the Earth in the Great Legend War. After fighting against hundreds of Gormin and their Zgormin commanders. Kaijou noticed the fleet moving towards them, he gathered all the Rangers together and gave them the order to sacrifice their powers to wipe out the first invasion's armada. The TimeBlue powers are later used by Joe Gibken via the Ranger Keys.

After the Zangyack's final defeat, Marvelous returned the Ranger Keys to their original owners. It is assumed Ayase and his team have their powers once again, and will resume their duties as Timeranger. But it is unknown how the four main Keys made it to the year 3000.

Ayase, alongside his team (bar TimeFire), among the majority of the Super Sentai heroes, was caught up in the "Super Hero Taisen" incident which eventually resulted in the Super Sentai teams and Kamen Riders joining forces to defeat both Dai-Zangyack and Dai-Shocker. During the final battle, he is seen fighting a Gormin, a Shocker combatman, and Zangyack Commander Buramudo.

TimeBlue appeared with his team among the first 38 Super Sentai whom collectively empowered Wild Tousai Shuriken King in its fight against the titanic Gillmarda, granting the Ninningers and Zyuohgers the power to perform the Zyuoh Ninnin Super Sentai Burst which destroyed Gillmarda with the combined power of all 40 Super Sentai. 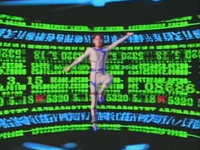 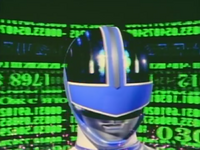 The TimeBlue Ranger Key (タイムブルーレンジャーキー, Taimu Burū Renjā Kī) is Ayase's personal Ranger Key and what became of his powers after he along with the rest of the 34 Super Sentai sacrificed their powers to end the Great Legend War.

This key along with the majority of the Ranger Keys were collected by the Red Pirates and later used by the Gokaigers. The TimeBlue Ranger Key was mainly used by Joe Gibken (Gokai Blue), who used it to fight as TimeBlue. It was also used by Don Dogoier (Gokai Green) on one occasion.

The Timeranger keys, along with all the Ranger Keys of the first 33 Super Sentai, were briefly taken by the Black Cross King and turned into Ranger puppets that were fought by the Gokaigers and the Goseigers. Splitting up, the puppet TimeBlue was defeated as part of a group of surviving Blue warrior keys by Gokai Blue and Super Gosei Blue.

After Zangyack were finally defeated, the Gokaigers gave the Ranger Keys back to their rightful owners. Ayase received his key and became TimeBlue once more.

TimeBlue is among the vast pantheon of Rangers which are available in the mobile game Super Sentai Battle Base.

TimeBlue appears with his team among all Sentai in the mobile game Super Sentai Legend Wars.